CPUID has released a new processor performance and monitoring tool called PerfMonitor 2, which allows you to track four processor-related counters chosen from a processor-specific list. It lets you see things like overall CPU temperature, package and core temperatures, package power usage, L2 and L3 cache hit ratios to name just a few of the items that are visible (depending on your CPU).

Figures 1, 2, and 3 show some of these counters on my 22nm Intel Core i7-3770K (Ivy Bridge) desktop system, while it was under a load from Geekbench. 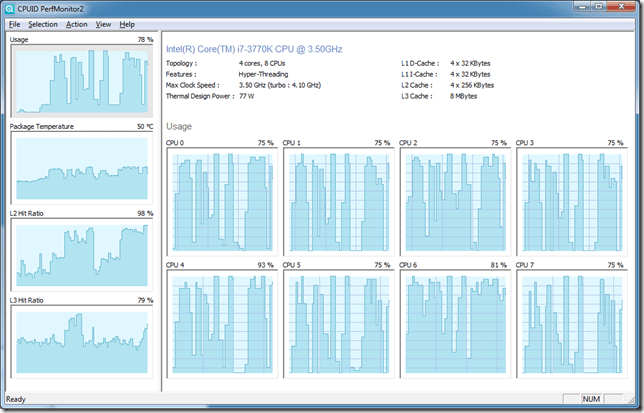 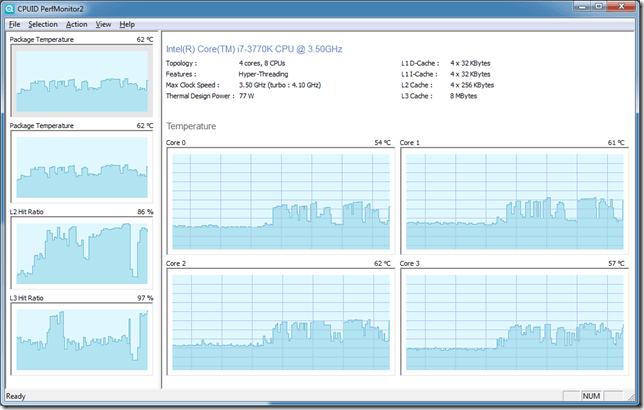 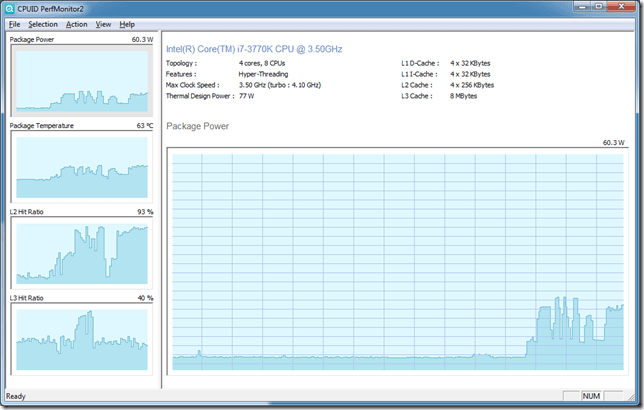 I tried the utility on the Dell PowerEdge R720 system that we have in our SQLskills lab that has two 32nm Intel Xeon E5-2670 (Sandy Bridge-EP) processors, and I noticed that most of the counters showed no data, which was a little disappointing, since both Sandy Bridge and Windows Server 2012 are supposed to be supported. 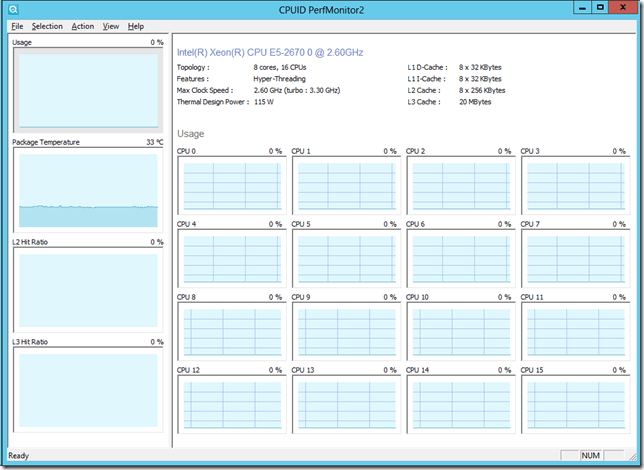 The display looks similar to the Windows Server 2012 Task Manager (shown in Figure 5), which seems to be by design. 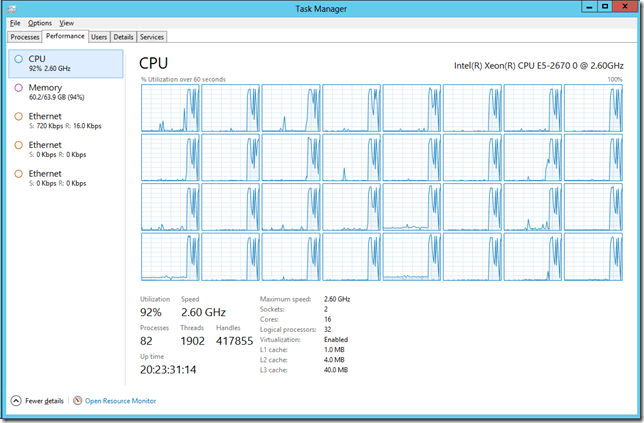