For Day 5 of this series, I will talk about the incredibly useful CPU-Z utility, which is available for free from cpuid.com. The latest release of the tool is version 1.63, which came out on February 8, 2013. I always download and use the 64-bit, English, no install zip version of the tool. The release notes and version history are here.

This tool will give you a great amount of detail about your processor(s), caches, motherboard, and memory, among other things. The CPU tab is shown in Figure 1. 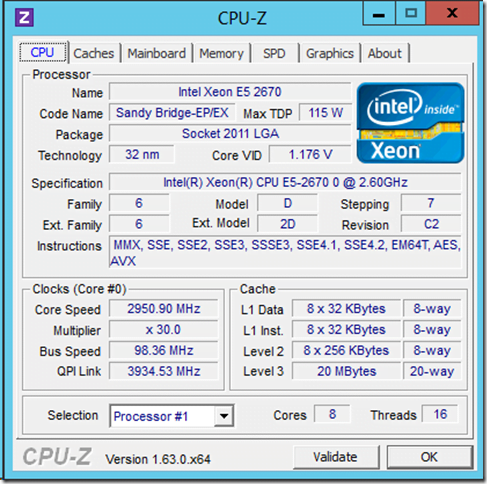 For example, Figure 1 shows that I have a 32nm, Intel Xeon E5-2670 (Sandy Bridge-EP), that has a rated base clock speed of 2.60GHz, but it is actually running at 2.95GHz. This shows that the processor is running at full speed, with Turbo Boost increasing the speed to 2.95Ghz (at least on Core 0 of Processor #1). It is possible, and actually quite common for people to see that their processor is running at a much lower speed than its rated based clock speed, due to either the current Windows Power Plan that is in use on the operating system, or because of the hardware power management settings in the BIOS setup. As a database professional, this is something you would want to investigate and correct.

The Caches tab shown in Figure 2 gives you a lot of more detailed information about the L1, L2 and L3 caches. 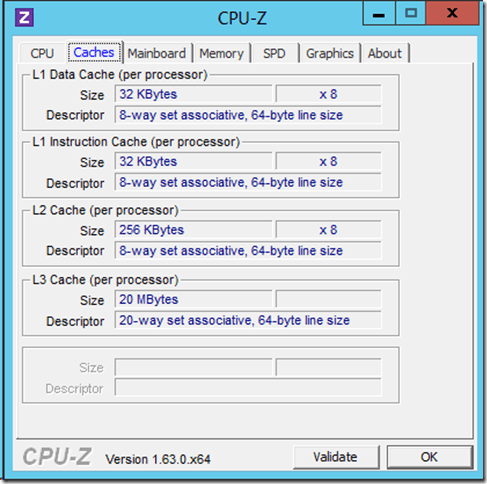 The Mainboard tab shown in Figure 3 gives you a lot of useful information about the motherboard, chipset, and main BIOS version. 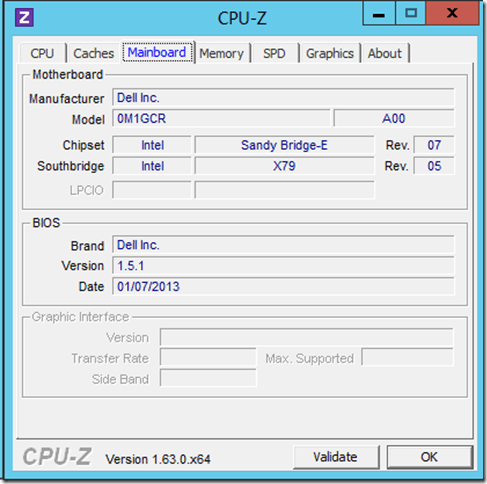 Figures 4 and 5 show the Memory and Serial Presence Detect (SPD) tabs of CPU-Z, which give you very useful information about the type and amount of memory that you have in your machine. In this case, we can see that we have 65460 MBytes of DDR3 RAM, (which is 64GB), and it is running in Quad channel mode. 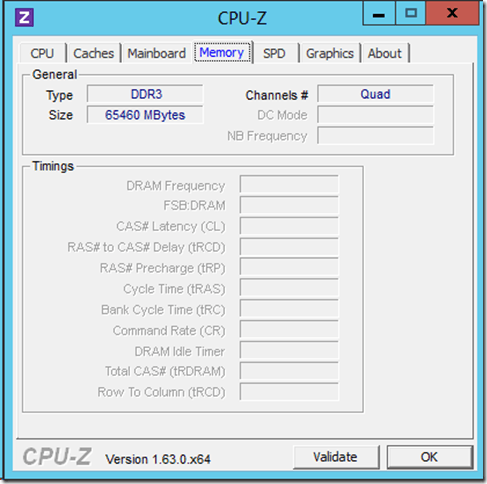 On some machines, the SPD tab will be blank. This seems to depend on the type and age of your machine, and the version of CPU-Z that you are using. Sometimes, you can better results for your machine when a new version of CPU-Z is released. In this case, we are getting complete information about the exact type and size of the memory modules that are in each slot of the Dell PowerEdge R720 machine, as shown in Figure 5. 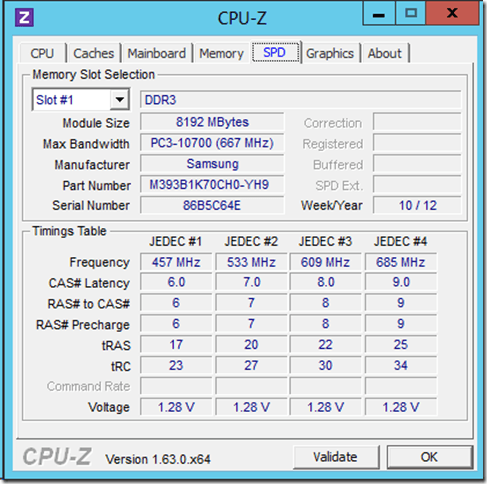 Over the many times that I have talked about using CPU-Z, I have gotten a few  questions about whether it is safe to run on a production SQL Server. All I can say is that I have been using it myself for many years, with absolutely no problems. Many other well-known people in the SQL Server community have been doing the same thing. I think it is an extremely valuable tool for confirming some important information about the processors in your database servers.

If you don’t feel comfortable using this tool, then don’t use it…