Microsoft’s Bob Dorr has recently consolidated a series of CSS posts about many low-level performance improvements in SQL Server 2016. One of these posts, SQL 2016 – It Just Runs Faster – AlwaysOn AES-NI Encryption describes how SQL Server 2016 improved and simplified Endpoint creation for AlwaysOn AGs to default to AES, and to better leverage hardware support for AES-NI (when you are also running on Windows Server 2012 R2 or newer).

These product families were released in Q1 2010 and Q2 2011 respectively, so they are both pretty old by modern standards. If you are planning to upgrade to SQL Server 2016, I would hope that you would use a new server with newer processors (ideally the latest 14nm Broadwell-EP or Broadwell-EX).

You can also use CPU-Z to confirm whether a particular processor has AES-NI support. Just to confuse things, CPU-Z displays AES-NI support as “AES”, which is the name of the broader standard. Figure 1 shows AES as one of the supported instructions for an Intel Xeon X5660 processor. 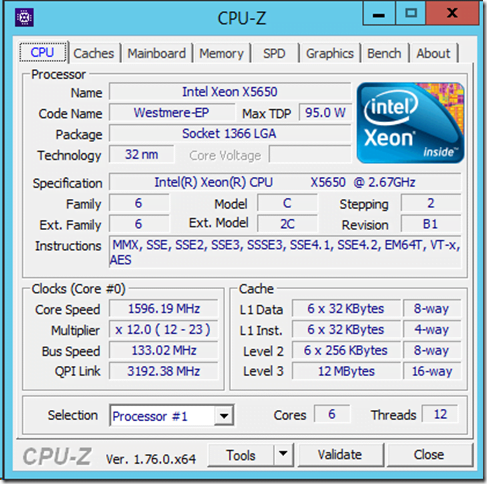