Back when I started at SQLskills in May of 2012, I built myself a pretty nice Z77 chipset system with an Intel Core i7-3770K Ivy Bridge processor and 32GB of RAM, running Windows 7 Enterprise Edition. This system uses an ASUS P8Z77-V Deluxe motherboard, with one 512GB OCZ Vertex 4 SSD. It was about the fastest mainstream system that I could build 3.5 years ago. It is mildly overclocked, to 4.3GHz, and it has been extremely reliable over the years as I have used it for much of my daily work.

Some basic information about this system is shown in Figures 1, 2 and 3 below: 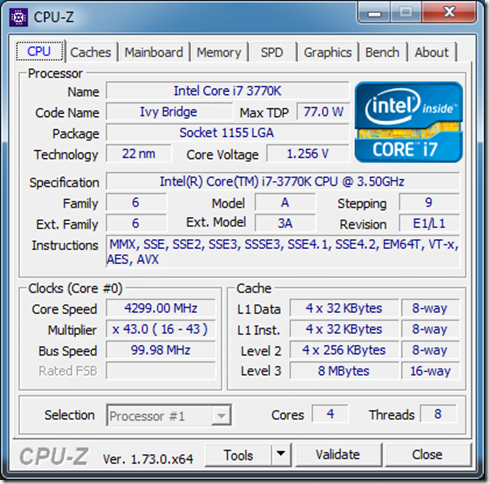 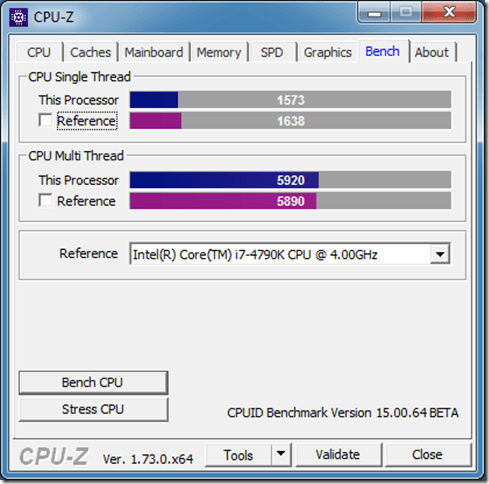 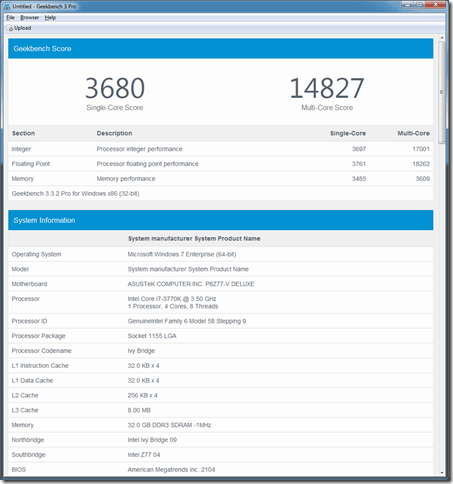 Even though this system is still pretty fast, I felt like I could do better in some areas, with a current generation Z170 chipset system with an Intel Core i7-6700K Skylake processor and 64GB of RAM. Last Saturday, I built this new system, and got Windows 10 Professional installed.

Initially, I’ll be using the Intel integrated graphics, but I may end up using an EVGA Geforce GTX 960 video card. But then again, I may not, since I want to reduce my power usage and have more PCIe lanes available for storage use.

I spent a couple of hours putting this system together, doing a pretty careful job with the cable management. When I had it ready to turn on for the first time (without putting the case sides on, which is always bad luck), I was rewarded with the CPU and case fans spinning, but no visible POST or video output at all. Luckily, the ASRock motherboard has a built-in LED diagnostic display, which was showing a code 55 error. Looking this up in the motherboard manual, I discovered that this was a memory-related issue. I removed two of the 16GB DDR4 RAM modules, and powered it back up, and this time I got a POST.

Going into the UEFI BIOS setup, I discovered that my ASRock Z170 Extreme 7+ motherboard had the initial 1.4 BIOS, while the latest version was 1.7. One of the fixes listed for version 1.7 is “improve DRAM compatibility”. I was able to flash the BIOS to 1.7 using the Instant Flash utility in the UEFI BIOS setup, and then I was able to use all four 16GB DDR4 RAM modules.

Next I created a RAID 1 array with my two 512GB Samsung 850 Pro SSDs, using the Intel RAID controller that is built-in to the Z170 chipset. I made sure the Intel 750 was not installed yet, and then I used an old USB optical drive to install Windows 10 Professional on to the RAID 1 array. Windows 10 Professional installed default drivers for the dual Intel 1GB NICs, so I was able to get on the internet and download and install all of the latest Windows 10 64-bit drivers for this motherboard from the ASRock web site. Then I used Windows and Microsoft Update to get Windows 10 fully patched.

Windows 10 recognized the Intel 750 using the default Microsoft NVMe drivers. I will benchmark using those drivers, and then compare the results to the native Intel NVMe drivers. So far, I have benchmarked the new system using CPU-Z and Geekbench 3.3.2. The basic information and scores for the new system is shown in Figures 4. 5, and 6 below: 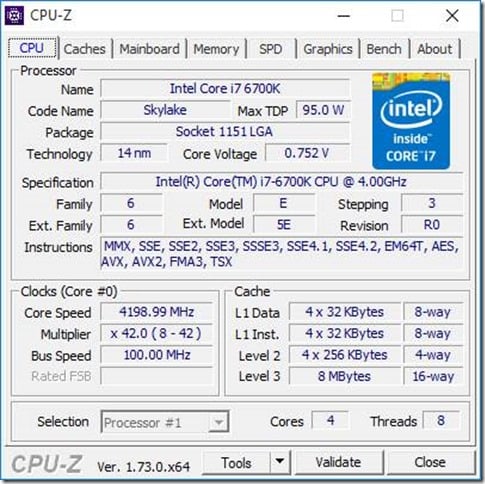 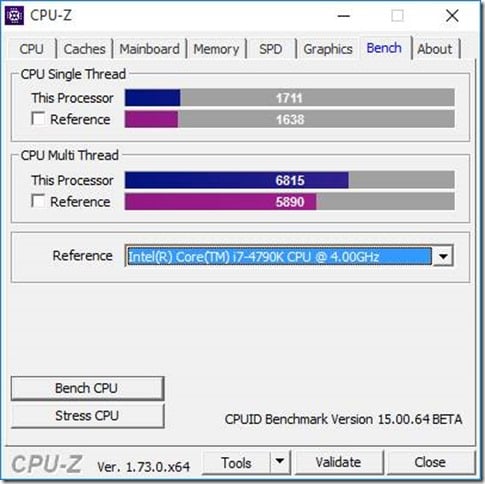 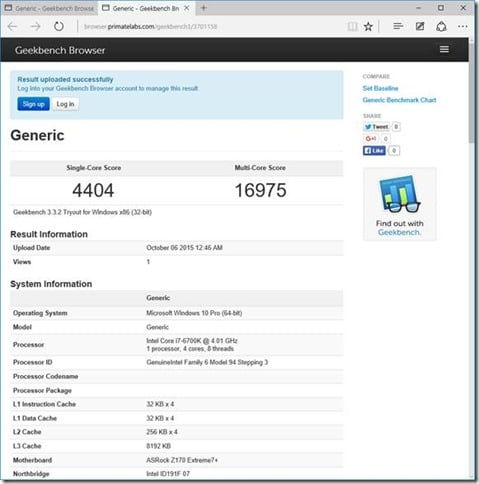 Keep in mind, that beyond enabling XMP 2.1, I have not overclocked the new system yet. The new system is about 10-20% faster than the old system, from a CPU and memory perspective, depending on which benchmark you choose. In some respects, this is disappointing, but the real advantage of the new system is having twice the RAM, and a lot more potential I/O bandwidth with the Z170 Express chipset. With Windows 10 Professional, I have Hyper-V support (and the Core i7-6700K supports VT-x and VT-d), so I can run more VMs simultaneously. I also have two Intel 1GB NICS, which I plan to use together with NIC teaming in Windows 10.

I plan on getting at least one of the upcoming 512GB Samsung 950 Pro M.2 NVMe cards (and this motherboard has three Ultra M.2 slots) when they are released in October/November, so I will have plenty of disk space and I/O performance for the VMs.