Samsung has announced their new 950 PRO M.2 PCIe NVMe solid state drive, which is potentially great news if you are considering building a new system (or have a new enough system that has M.2 slots that support PCIe 3.0 x4 speeds)

According to the press release:

TheSSDReview has a good story about this drive here.

In case you are wondering, NVMe or NVM Express (Non-Volatile Memory Express) is an optimized, high performance, scalable host controller interface with a streamlined register interface and command set designed for enterprise and client systems that use PCIe SSDs. It typically offers much better performance than the legacy AHCI (Advanced Host Controller Interface) interface used by some PCIe solid state drives (and all SATA solid state drives). You can read more about NVM Express here.

Even with the new Z170 chipset, you won’t be able to use all of this I/O capacity, since you only have 26 high-speed I/O lanes available, but you should be able to put three Samsung 950 PRO M.2 drives into the three available slots on this motherboard. 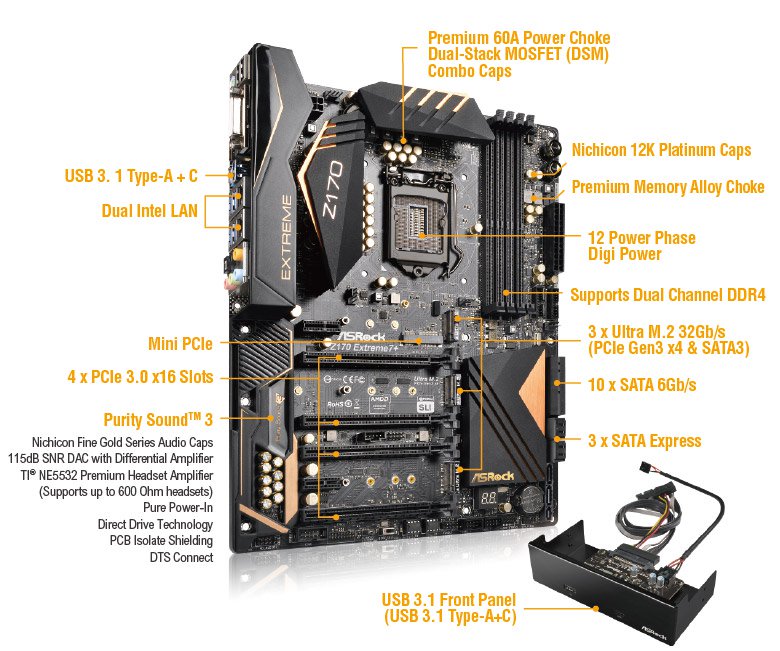 If you want to be able to use one of these very fast M.2 solid state drives, you will need to make sure that your system has an M.2 slot that is also long enough (80mm) to accommodate the card. You will also want your M.2 slot to support PCIe 3.0 x4 (meaning four lanes), which is sometimes called “Ultra M.2”.