The 2nd Generation Intel Scalable Processor Family is going to be the most interesting for SQL Server usage. These offer minor performance improvements compared to the previous Skylake-SP line. I talked about this in more detail here:

The bottom line is that this is a pretty weak effort by Intel, for SQL Server usage. It will be a nice upgrade if you are currently running a much older processor family. For example, Sandy Bridge, Ivy Bridge, or Haswell. It is the best choice now available from Intel. Cascade Lake-SP will have to compete against the upcoming 7nm AMD EPYC Rome processors pretty soon (probably in June), and this could be a big problem for Intel. Time will tell. Figure 1 shows you how to understand what a specific Xeon SKU model name means. 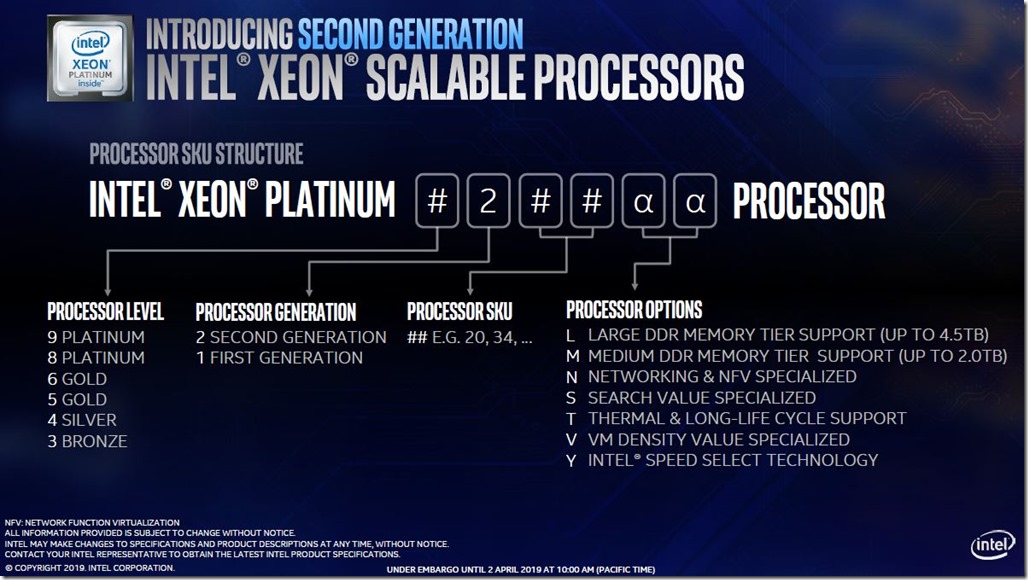 Figure 2 shows most of the SKU list for the 2nd Generation Intel Xeon Scalable Processor line. Remember, you should never get a Silver or Bronze family processor for SQL Server usage. You will give up a very large amount of performance for a relatively minor hardware cost savings. 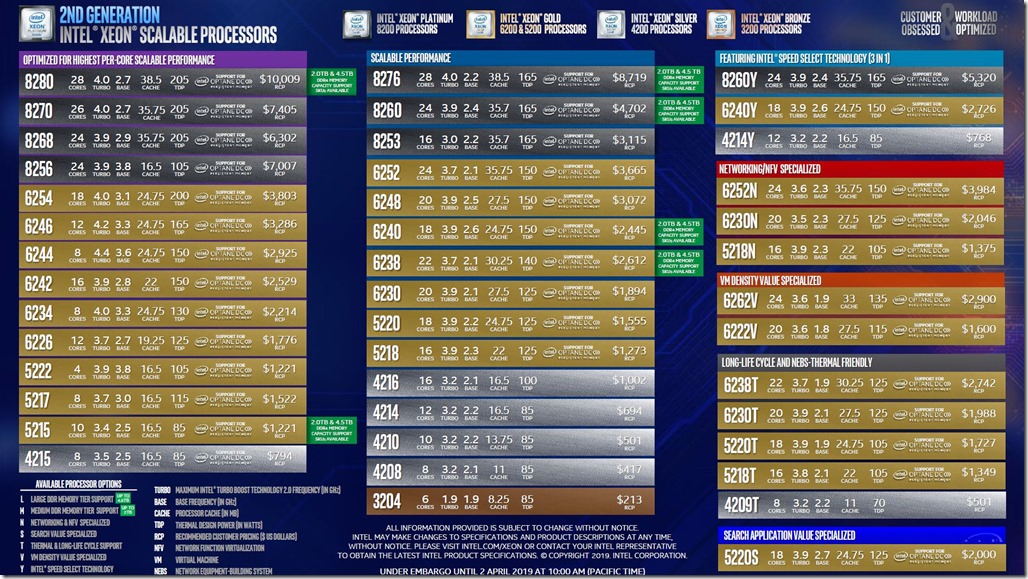 Here are some other blog posts that cover this event:

The Intel Second Generation Xeon Scalable: Cascade Lake, Now with Up To 56-Cores and Optane!

AMD’s CEO, Dr. Lisa Su, is going to present the opening Computex 2019 Keynote on May 27, 2019 in Taiwan. She is expected introduce their next generation 7nm products. These include the Ryzen 3000 series mainstream desktop processors, Radeon RX Navi GPUs and the EPYC “Rome” server processors.

This event will give us more specific information about AMD’s counter to Intel Cascade Lake-SP. Scottish YouTuber AdoredTV has another great video: Zen 2 – Even More EPYC. This covers the latest information he has received from his confidential sources along with his thoughtful analysis.

Personally, I think the AMD Rome processors will have many technical advantages compared to Intel Cascade Lake-SP. These include higher memory density, and DDR4-3200 memory support. There will be a much higher number of PCIe lanes (which will be Gen 4 instead of Gen 3). The big remaining question is how single-threaded CPU performance ends up. I think this will depend on whether AMD decides to offer frequency-optimized SKUs.

Here are some recent stories about the predicted impact on the Rome processor on the server market.

Having viable competition from AMD keeps the pressure on Intel, and forces them to innovate and offer more functionality at lower prices, which is good for the market. For example, if it wasn’t for the AMD Zen architecture, Intel would probably still be releasing 4C/8T processors as their “top of the line” for desktop and mobile usage. They would also still be stuck at 10C/20T offerings for the HEDT market.