This week Kimberly and I are in Haines, AK honing our photography skills using the numerous bald eagles as subjects. We're up here with photo-pro and friend Jon Cornforth, getting excellent advice. This week we've been taking the best photos of our lives thanks to Jon's tips and tricks!

A bunch of you at the conferences over the last few weeks asked for us to post photos so this is the first short post with some cool images. The eagles up here are amazing! There's a late run of coho salmon in the Chilkat River and the eagles gorge on them, congregating about 20 miles north of Haines on Highway 7, not far from the Canadian border into the Yukon Territory. They're so lazy – they wait for a raven or seagull to pull the dying salmon out of the river and then displace them to feed.

All these were shot with my Canon EOS 7D. Although it has a 1.6x crop-factor compared to my full-frame 5D Mark II, it can shoot 7 frames per second compared to the 5D's 5 frames per second, which makes it better for stopping the action when shooting wildlife. For all these shots I used a Canon EF 400mm f/4.0 IS USM lens, giving an effective focal length of 640mm (with the 1.6 multiplier from using the 7D). I'll post some other shots from later in the week using super-sharp 500mm f/4.0L IS and 300 mm f/2.8L IS lenses. I was shooting in aperture-priority and playing with the ISO setting as the light changed to get a fast enough shutter speed to stop the action, and we'd also micro-adjusted the auto-focus of each lens with each camera body for optimal image sharpness. We had to stop by around 2.30pm as the higher ISO setting to compensate for the low light makes the images too grainy.

The photo on the left below is a classic portrait shot. This was taken almost at the end of the usable-light portion of the day and was 1/400sec at ISO 800. The photo on the right is of two eagles fighting while one is displacing another at a salmon. Check out how one of them is lying on its back with its claws in the air so it doesn't get attacked. The shot was 1/1600sec at ISO 800, with good light early in the morning. 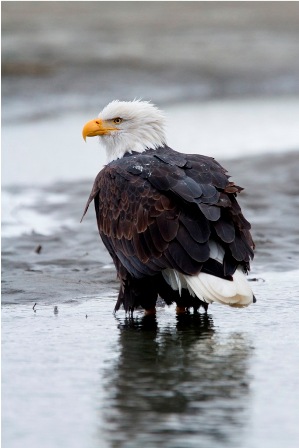 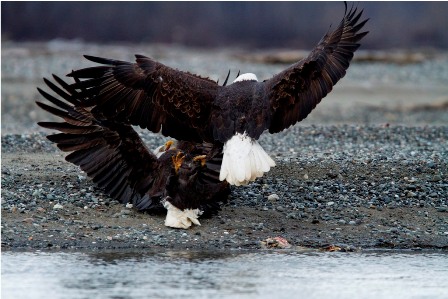 The sequence below is of a juvenile coming in to land on a log. These were again taken towards the end of the day when the light was fading. They're all 1/400sec at ISO 1600, which is why they look a tiny bit grainy. These were shot without using a tripod so I couldd more easily follow the birds flying into the area. I'm particularly pleased that I captured this sequence! 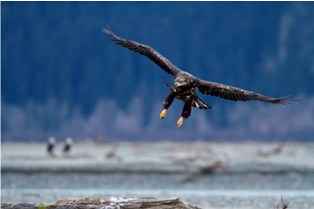 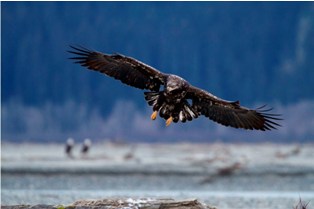 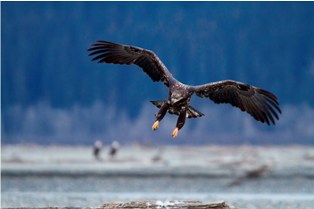 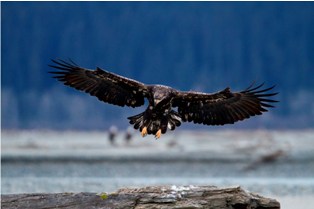 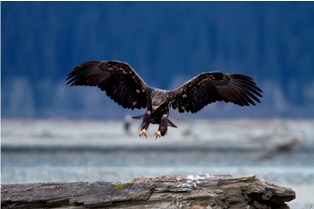 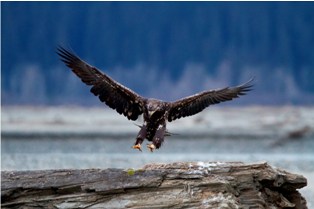 Let me know if you enjoy these – I'll post some more later in the week!

Posted in: Photography, Where In The World Are Paul And Kimberly
16 Comments