It’s been a very tough couple of weeks for us with back-to-back conferences in Las Vegas and Barcelona. Now we’re in Zurich for a few days before heading back to Redmond for the rest of the year. TechEd IT Forum was probably the most tiring conference I’ve ever done – we did 12 sessions between us in four days, co-presenting 10 of them, and with 5 back-to-back on Thursday. So Friday night was party-time, first with the traditional Speaker Dinner and then a bunch of us went out dancing until 3am. Sore heads abounded the next morning as we all headed to the airport for flights – I’m glad Kimberly and I only had a short hop to Zurich rather than our long flights back to the West Coast.

Here’s a shot Kimberly took of me, Mark Russinovich, and John Craddock headed towards the nightclub. Look forward to seeing you in Barcelona again next year! 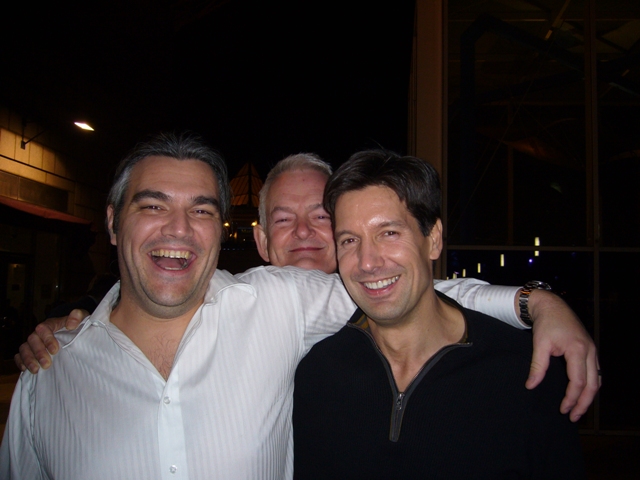 Posted in: Conferences
Be the first to Reply!