Diving in the Caribbean

The first of the long-promised photo posts (with lots of Wikipedia links) – click on photos for larger versions.

Over the holidays Kimberly and I went to St. Lucia in the Caribbean for a well-earned and highly-anticipated break – sun, relaxation, and scuba diving for a few weeks. St. Lucia is almost at the far south-eastern end of the Caribbean, so we were only a couple of hundred miles away from the coast of Venezuela. We almost didn't make it – Seattle was hit with a foot of snow the day before we were due to fly out and the airport closed 12 hours after our first-leg flight left for Charlotte. It was very hot, being only 13 degrees north of the equator – great for lying around and reading books, which was basically what we did when we weren't diving.

We stayed in a cool hotel called Jade Mountain (first picture below), which had great views of the Gros and Piti Pitons (the mountains in the second picture below – 2000+ ft high volcanic plugs). The hotel is part of the larger Anse Chastanet resort, built in the grounds of an old plantation on the north-west coast of the island, and includes a top-notch dive centre. Unfortunately the sun rose behind the hotel and went down behind a headland, but that still made for some fantastic sunrises and sunsets. 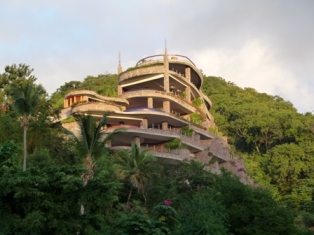 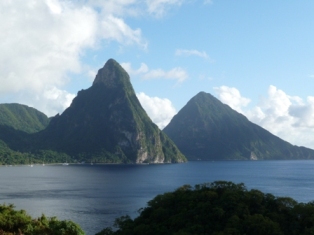 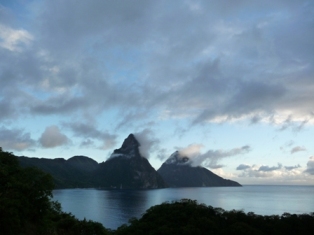 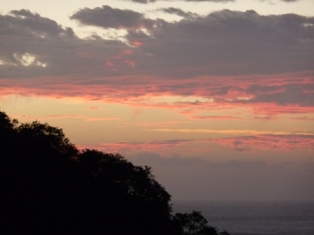 Every so often a cruise ship of some kind would come by and anchor at the nearby town, Soufrière, where Napoleon's Empress Josephine spent much of her childhood. In the last week we were there, two of the coolest ships in the world came by on the same day. The one on the top-left below is called The World, and is basically a floating set of luxury condos that cruises endlessly around the world for those wishing a nomadic lifestyle (and with lots of money!). The second ship is my favorite – it's called the Maltese Falcon, a 289-foot racing yacht owned by billionaire Tom Perkins. We saw it first in San Francisco bay last October while we were there teaching a workshop, and we were amazed to see it in St. Lucia while were there. If you click on the link, one of the features on the ship's website is Tracking – click that and it'll show you where in the world the ship currently is (at time of writing it was in English Harbour in Antigua). It's one of the most sophisticated yachts ever, with computer controlled spars and masts, all resting on giant gimbals. The sail plan is also controlled by computer and can push the yacht along at over 17 knots – an amazing hull speed for a yacht that size. The ship on the bottom-right is the 140-foot brig Unicorn, a replica of an 18th century pirate ship that was used in the Pirates of the Caribbean movies – it's docked in the harbor of Soufrière. 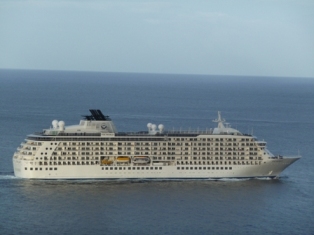 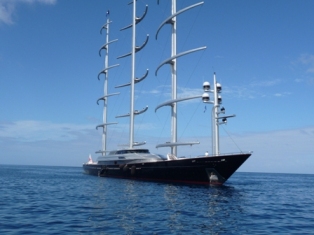 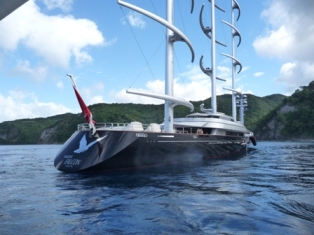 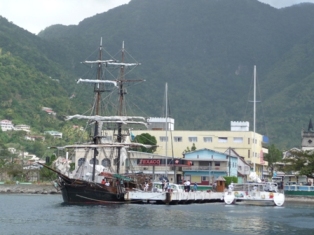 Just outside Soufrière in the cliffs is a bat cave where the majority of the bats on the island live. The whole bay and surrounding town is part of giant volcano caldera and in the hills you can get right up into some of the active sulphur springs – the top-middle photo is boiling mud. The next four photos are flowers in the excellent botannical gardens. 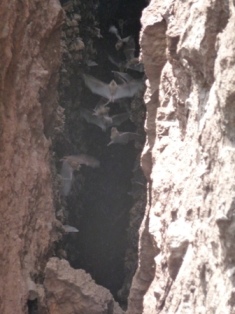 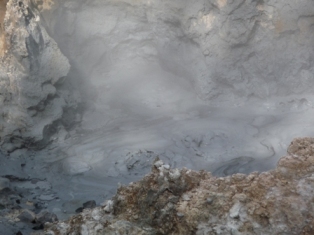 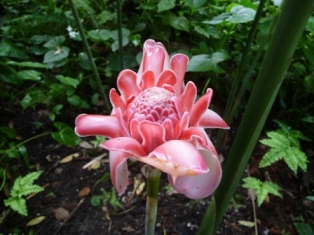 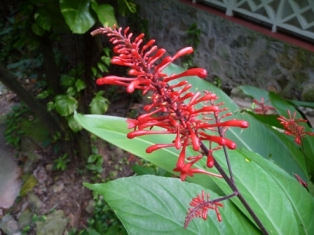 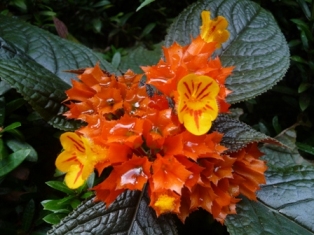 For once Kimberly didn't have her monster underwater camera gear with her so I figured I was experienced enough (57 dives at the start) to cope with a camera and good buoyancy and rented one for the last 8 dives we did. So now I'm as hooked on underwater photography as Kimberly! Below are nine of the best photos I took. The first three below are (left to right) – a crinoid in a barrel sponge, an octopus that was unusually calm and playful, and a pair of banded coral shrimp in the hold of a sunken cargo ship (my first wreck dive). 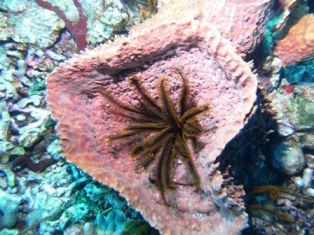 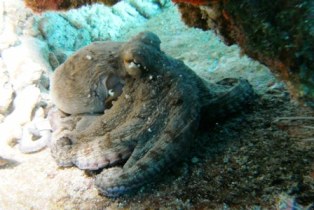 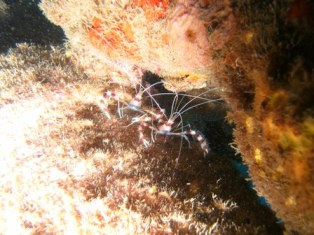 The next three below are (left to right) – a largescaled scorpion fish, a very large lobster, and a sea turtle that we accidentally woke up. 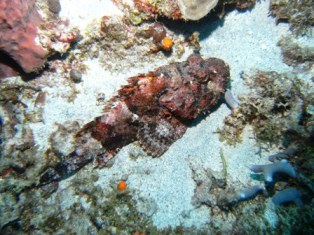 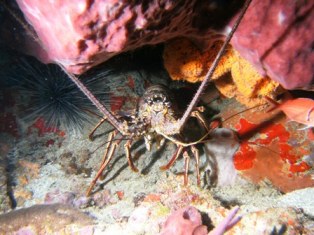 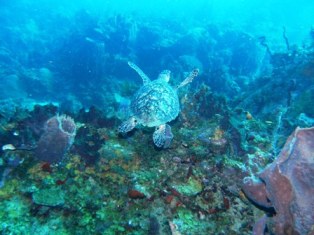 The last three below are (left to right) – a spotted moray eel snatching an yellowline arrow crab, a long-spined Caribbean sea urchin, and I'm not quite sure what the last one is although she looks familiar… 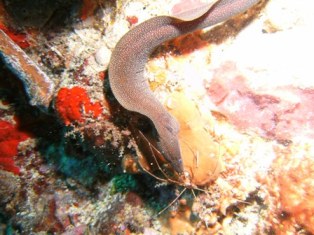 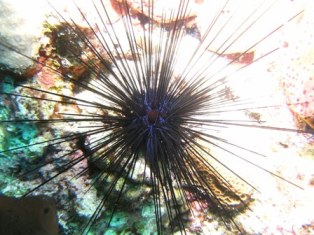 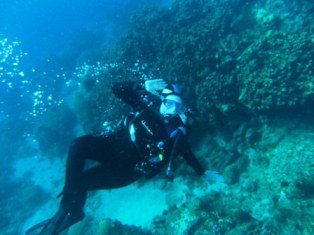 As I said above, when we weren't diving we were reading. I'm a pretty voracious reader and finished 12 books while we were away, all of them very good:

All in all, a very relaxing time! Hope you enjoy the photos and be sure to check out some of the books.