Now we’re back at home and working very strange hours as we deal with jet-lag. The flight back from Beijing to Vancouver was a great flight but with weird seats in business class – individual pods instead of actual seats. Nice to be able do lie down flat but not very wide – not the most comfortable for either of us given we both over 6-feet tall. Anyway, we didn’t fly out until 5.30pm so we booked a final sightseeing tour for Friday morning.

Friday was bitterly cold and windy and unfortunately everything we went to see was outside. We started off at the 600-year old Temple of Heaven where the Emperors used to pray for a good harvest every year. It was built by the Yongle Emperor who also built the Forbidden City which we visited later. We got there early to see the locals practising Tai Chi and calligraphy. The calligraphists were painting with water that was freezing within 30 seconds or so – very cool (ha ha). As we got up to the temple, we could see some sort of ceremony taking place. It turned out to be a dress-rehearsal for Chinese New Year of a ceremony involving an Emperor and about 500 courtiers. It reminded me strongly of an early scene from one of my favorite movies – Bertolucci’s The Last Emperor – where the young Emperor Puyi is crowned.

Here are a few photos – click them for larger versions (or get the zip here). 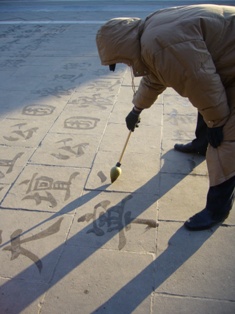 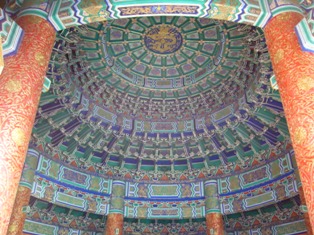 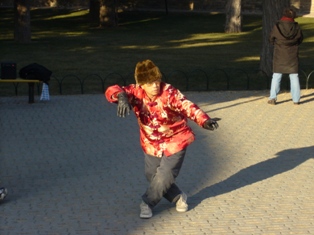 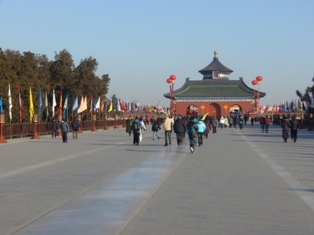 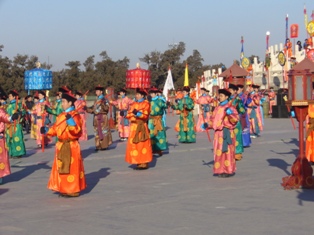 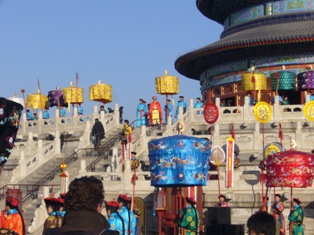 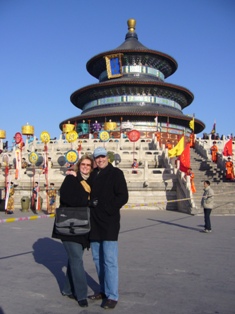 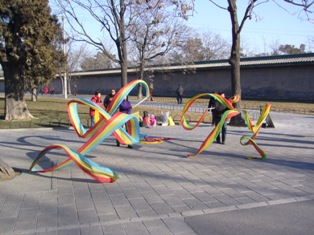 After the Temple of Heaven we went to Tiananmen Square, the largest open urban square in the world. The wind chill walking across the square was incredible – leading Kimberly to buy a very (not) tasteful hat which she refused to let me post a photo of (but I have below anyway :-)). The guide gave us a good lecture on it’s history but didn’t mention the protests of 1989 – big surprise. From there we went into the Forbidden City (this Wikipedia page has a ton of background info), which was amazing. It’s the largest surviving Imperial palace in the world. There was a lot of refurbishment going on, partly in preparation for the Olympics later this year, but all part of an 18-year project started back in 2002. With only a couple of hours before we had to head back to the hotel to pack for the flights home, we couldn’t cover everything but we still saw an amazing amount. Here are some photos – again click for larger versions (or get the zip here). 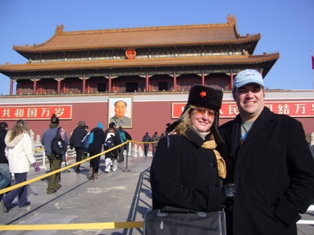 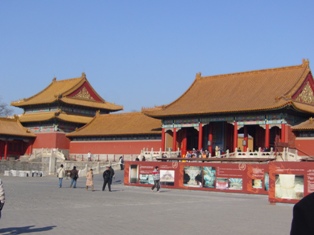 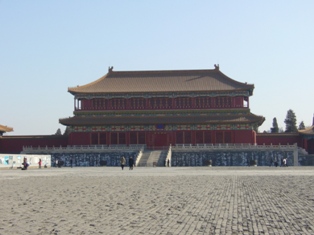 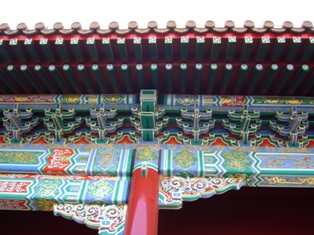 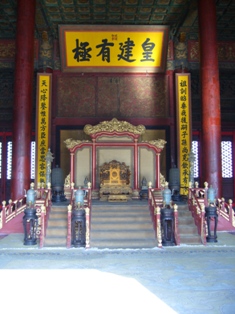 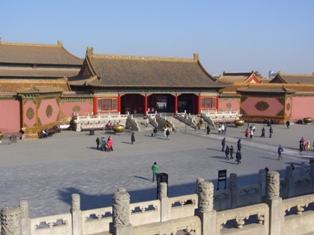 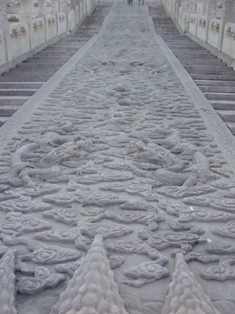 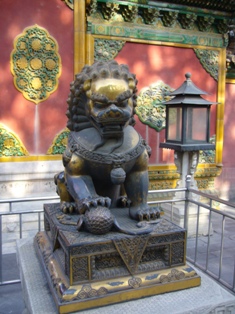 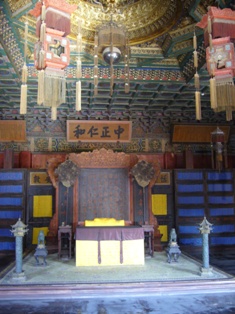 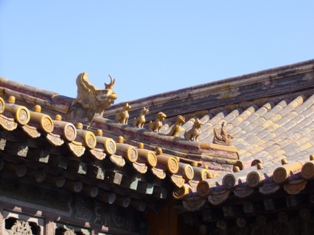 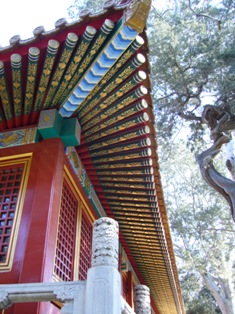 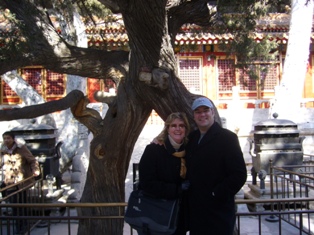 The tree in the final photo is two trees that have fused and are said to embody all that is good about being a Couple.

In summary, I think this was one of the best international trips we’ve taken together – a nice mix of work (mostly) and play. It was just fantastic to visit two places I’ve been wanting to see since I was a child – the Great Wall and the Forbidden City. We’re planning to post about stuff we see on our trips in a new category Where In The World Are Paul And Kimberly – if this is interesting please let me know.

Posted in: Personal, Where In The World Are Paul And Kimberly
3 Comments