Photos from Munich trip in April

Back in April Kimberly and I flew to Munich to present a 2.5 day SQL Server track at the 2011 Microsoft-internal conference for the EMEA (Europe, Middle East, Africa) Premier Field Engineers. We had a great time presenting and after recovering from nasty colds we went wandering about in Munich city center the day before we flew home. It's been almost six months since I posted any travel photos here (I have a bit of a backlog) so I thought I'd post some of these.

Click the images for larger versions – these are 20 images from a much large album I uploaded to Facebook (see here).

All photos were taken with a Canon 5d Mark II with a 24-105 f/4 L IS lens. It's remarkable how much light the full-frame CCD captures compared to a good point-and-shoot – especially noticeable in the dim interior of churches.

Although I've bounced in Frankfurt airport many times, this was the first real trip to Germany for me (country #24 for me – aiming for 100 before I die). We're heading back again in a couple of weeks for another conference and this time we'll be hiring a car and driving around to see some scenery and castles (and take more photos!).

As with most European countries, the things I like most are the history and the architecture. In the absence of castles and other strongholds in the place I'm visiting, these are usually best felt from visiting cathedrals and churches – so that's what we did. 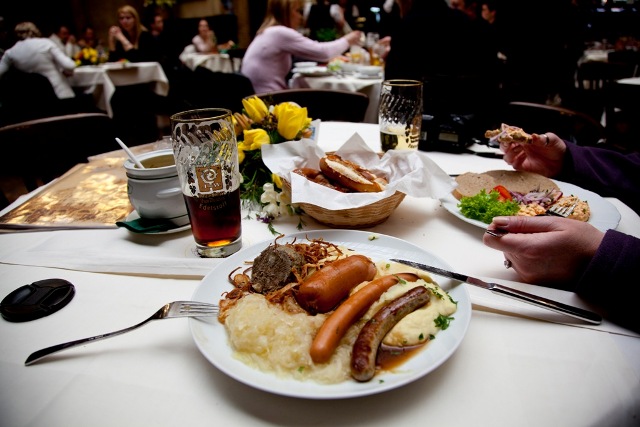 I also like beer and sausages, which is handy because that's one of the best combinations to get in Munich. We're sitting in the Muschelsaal (Shell Hall) of the Augustiner Bräu, Munich's oldest brewery that was founded in 1328 by Augustinian monks. I'm drinking their Doppelbock (I think) and eating their Sausage Special with sauerkraut – yummy!

Left to right below are the interiors of the Frauenkirche (the largest gothic cathedral in southern Germany, built from 1468), Michaelskirche (built from 1585), and Peterskirche (Munich's oldest public building, built in the 12th Century). 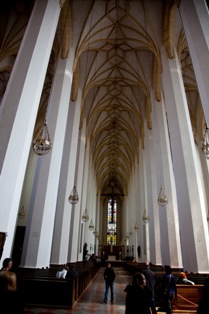 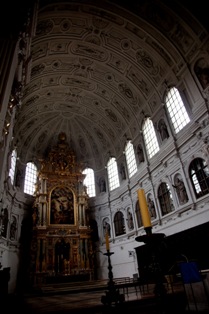 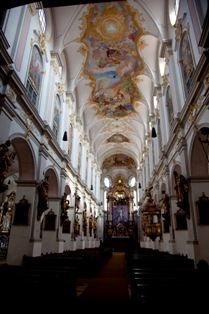 Left to right below, details from the cathedral: two figures from the tomb of the Holy Roman Emperor Louis IV who died in 1347, plus a medieval tomb marker. 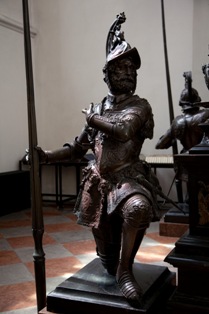 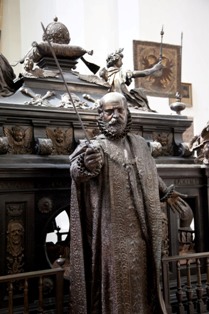 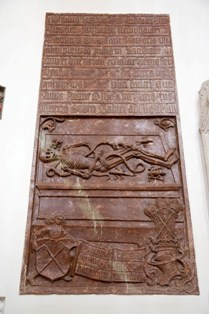 Left to right below are a carved wooden screen from the cathedral, and a cuckoo-clock shop. Yes, we bought some souvenirs, but not a cuckoo clock. 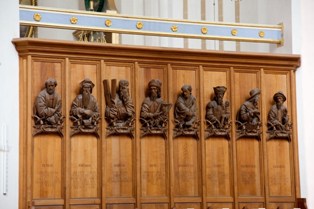 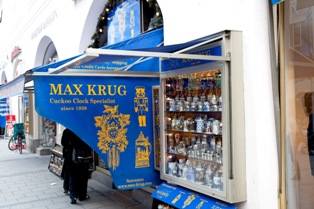 Left to right, another view of the fabulous interior of the Michaelskirche, and a 1000-yr old reliquary. 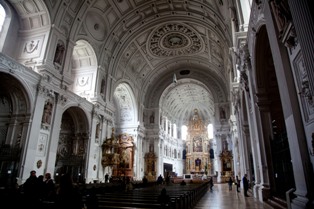 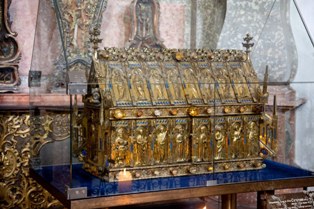 Below are shots from the crypt under the Michaelskirche, which reminded me very strongly of the Kaisergruft (Imperial Crypt) in Vienna. Kimberly's straight in front of me. 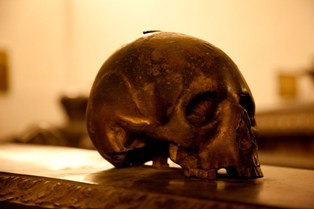 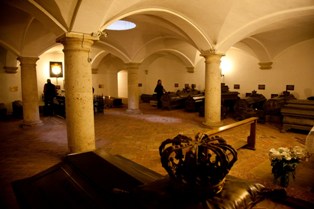 Below are an exterior shot of the Augustiner Bräu and the Neues Rathaus (New Town Hall, built from 1867). In the tower is a clock that re-enacts two 16th century stories every day at 11am. 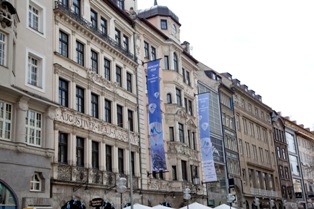 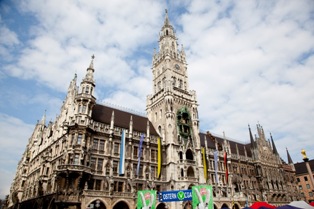 Below are two reliquaries from the Peterskirche. 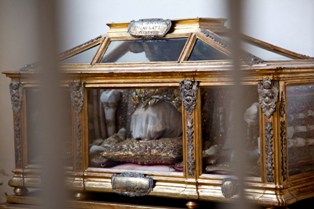 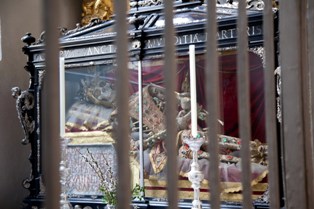 Below are two shots of the Marienplatz (St. Mary's Square), one of the central city squares since 1158. On the left is looking from the west, with the Neues Rathaus on the left, the Heiliggesitkirche (red spire), the Peterskirche (green spire) and the Mariensäule (column with a statue of the Virgin Mary). On the right is looking from the east, with the Neues Rathaus on the right with twin towers of the Frauenkirche behind it. 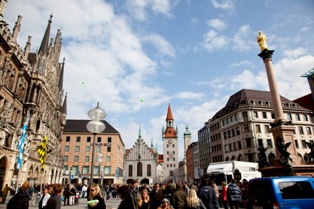 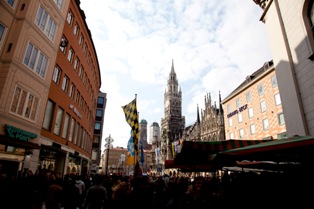 Below is Kimberly at a flower market in the east end of the Marienplatz. 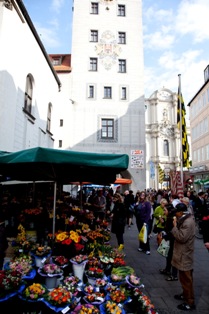 Hope you enjoyed these!

6 thoughts on “Photos from Munich trip in April”