Scripting schema AND data with SSMS in SQL 2008

It's very commonly known that you can use the Script Wizard in Management Studio to script out tables or even an entire database. It's NOT commonly known that in SQL Server 2008, the wizard was upgraded and you can now script out the data too. The feature isn't enabled by default, which is why not many people know about it, and I couldn't find it described in Books Online either, further contributing to it's obscurity – but it's definitely there.

If you go into the wizard, and go down to the Table/View Options, there's a setting 'Script Data'. Set that to True and you'll get a bunch of INSERT statements in the resulting script too. Very cool. 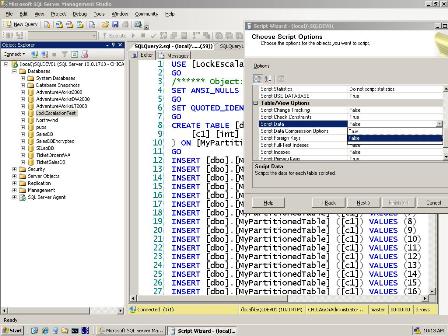