One useful tool that you should definitely take advantage of during an upgrade and migration effort is the Microsoft Data Migration Assistant (DMA), which replaces the old SQL Server Upgrade Advisor. Microsoft released the new DMA 3.2 on August 25, 2017.

Second, it can be used to identify new features in the target version of SQL Server (or Azure SQL Database) that might be useful given your legacy database schema and data size. Be forewarned that DMA has a heavy bias towards Azure SQL Database and other cloud-dependent features. For example, it is very eager to recommend Stretch database for large tables.

Finally, DMA can be used to actually migrate databases between legacy versions of SQL Server and a modern version of SQL Server or Azure SQL Database. An example of an assessment project is shown in Figure 1. 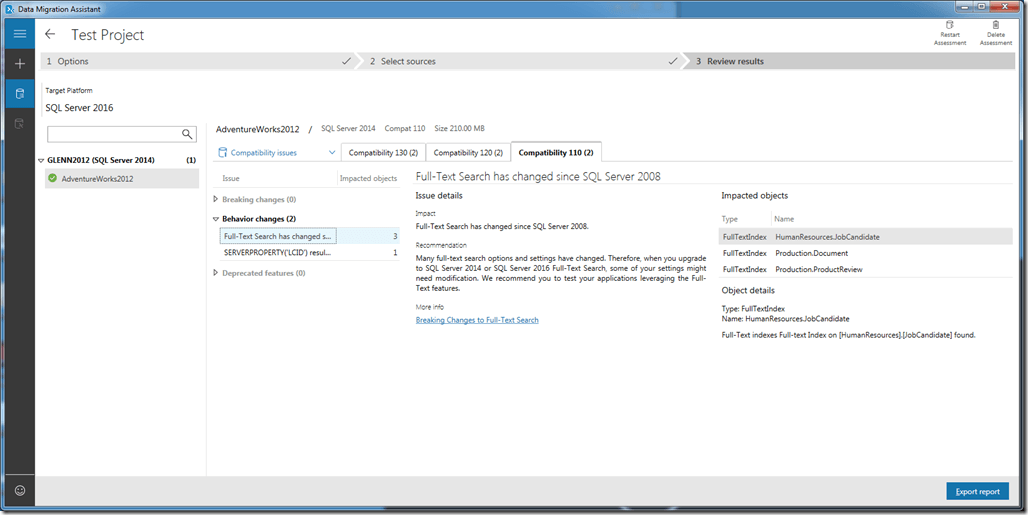 My new Pluralsight course, SQL Server: Upgrading and Migrating to SQL Server 2016 has just been published. This is my eleventh course for Pluralsight, but the complete list of my courses is here.