I’ve blogged about NUMA and SQL Server in the past and how SQLOS automatically handles NUMA configurations for SQL Server by default, meaning typically as a DBA you don’t need to customize any configuration options for SQL Server to optimize it’s internal structures for NUMA systems.  I’ve also talked about vNUMA issues in virtual machines with Hot-Add CPU enabled and how that affects performance.

While speaking at the SQLintersection conference this week an attendee came up to me and asked if NUMA support in SQLOS was Edition specific in SQL Server.  It’s not an Edition-specific feature, SQLOS configures the internal structures of SQL Server when it boots based on the hardware NUMA layout being presented by the Windows OS, regardless of the Edition of SQL Server that is running.  The attendee then pulled up a blog post recently published that stated that “NUMA awareness is an Enterprise Edition feature” in SQL Server; unfortunately that blog post (extract below) is incorrect.

With anything on the internet, including this blog, you need to verify the information before you trust it if actual tests and verification aren’t provided.  Even if the information provides a demonstration or reproduction that shows a particular behavior, you need to look at the version and time-frame for when the information was published because things change constantly in technology and what was accurate a year ago may not be accurate today.  So to demonstrate that SQL Server Standard Edition will recognize NUMA configurations, here are two screenshots from one of our lab servers at SQLskills. 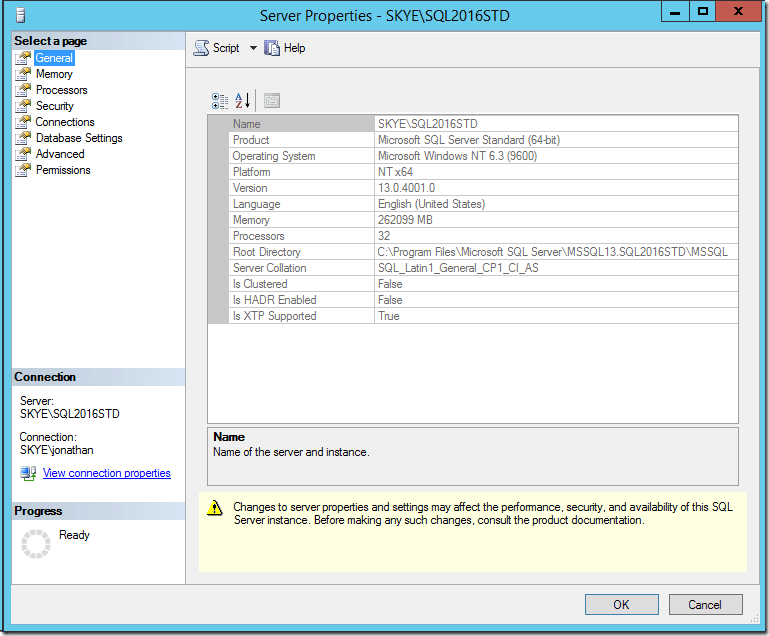 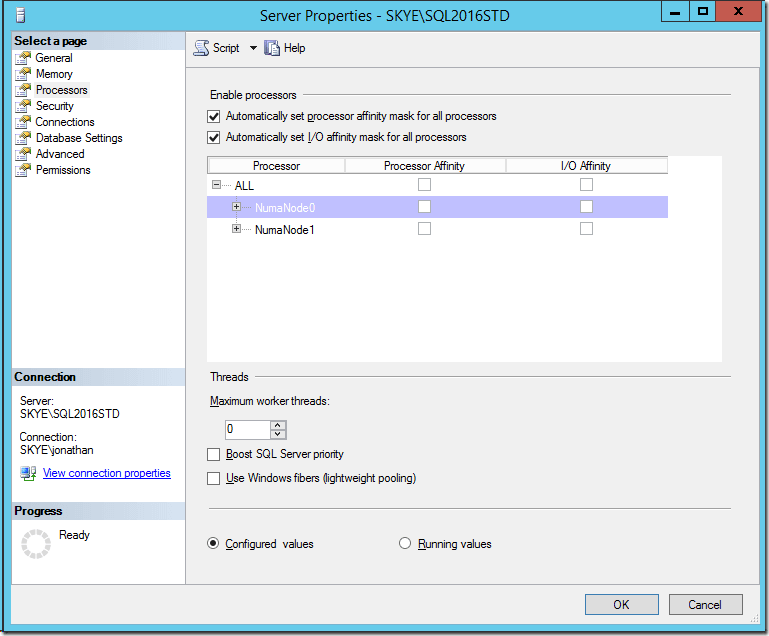 As you can see, this instance sees NUMA and has two NUMA nodes configured inside of SQLOS running Standard Edition.  NUMA is not an Edition-specific feature in SQL Server and never has been.  SQLOS optimizes the way the internal structures are created under NUMA for memory nodes (and CPU nodes) based on how the OS is presenting the hardware layout.