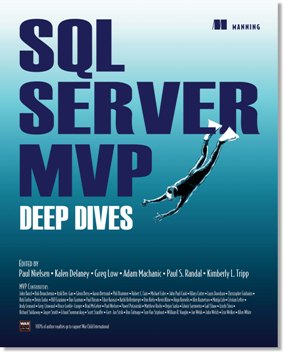 Well… it's finally been released and last week was the book launch. This book came together first as a goal by Paul Nielsen who was motivated by Steve Ballmer's request that MVPs "give back" even more and even outside of the direct technical community. Paul had the idea of a book – written for charity – and contributed to by MVPs. Well, here it is!

The book contains content from 53 MVPs with Paul Nielsen, Kalen Delaney, Greg Low, Adam Machanic, Paul S. Randal and I as editors. It was great fun going through all of the content and we're really happy that it's now available!

To purchase, click on the book (to the left) and purchase directly from Manning. When purchased through Manning a larger amount of the proceeds go to WarChild.

Finally, many of us were able to get together at PASS and "launch" the book. We gathered around a long table and people (if interested) had their copies signed. It was great fun! When it was all done – we took the group shot below.

Thanks for a great week (to all that were at PASS) and for great fun working on this title!

UPDATE November 16, 2009: After a few comments, I realized that a few people were tagged incorrectly in my facebook post of this photo and as a result, I had a few names switched around too. So, I just completely started over again and double-checked all the names… Also, I've added links to their websites so you can find out more information about the authors and editors of this title. Finally, I added that purchases should be made through the Manning website instead of other sites (so that more money goes to WarChild). And, finally, I added the entire chapter list with as many links as possible to everyone's websites. I'll keep this up-to-date as folks send me corrected lnks, etc. ENJOY!!

Present for the photo 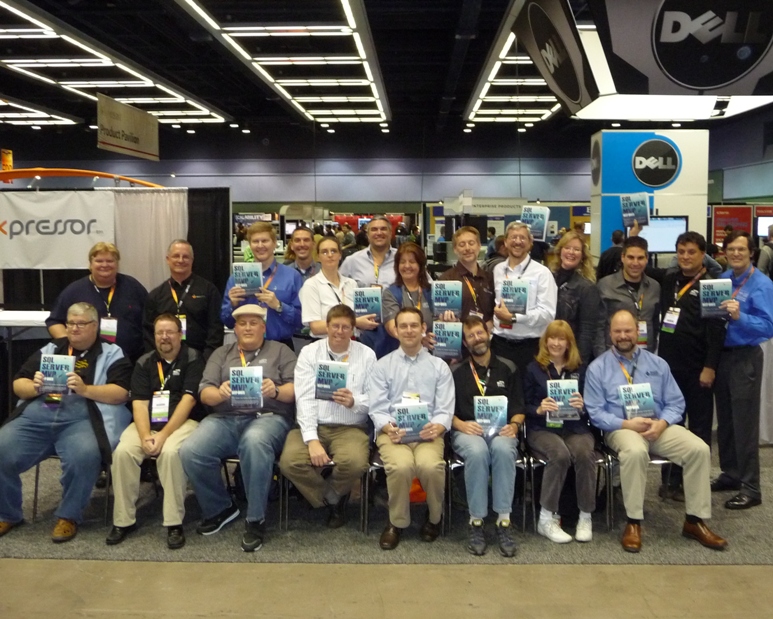 Here's the full chapter list from the book – along with links to the authors/editors websites: