At the end of December I showed you how to discover if power saving is enabled on your server, which can lead to variable and often degraded performance. I also included a survey to let me know what you found after running the free CPU-Z tool on your servers. See here for the original post.

I want to do a quick post to show you the results of the survey. 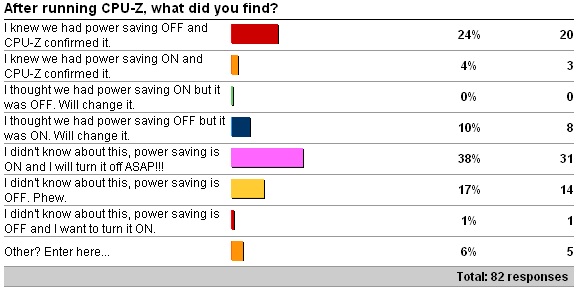 The five 'other' results were:

As you can see, almost 40% of the people who tried the tool AND took the time to fill in the survey reported that they discovered power saving was erroneously enabled.

Have you tested your system yet?