Days like this don’t come around very often for us here at SQLskills.com – we’re expanding again! It’s been seven months since Jonathan Kehayias came on board and we’ve had a huge amount of fun together. Now business has expanded to the point where we need to grow again so it’s time to hire the next member of our close-knit, expert team.

Specifically, we’ve asked Joseph Sack to join us and we’re extremely pleased that he accepted our offer. He’ll become employee #4 when he starts with us on Monday, October 3rd. 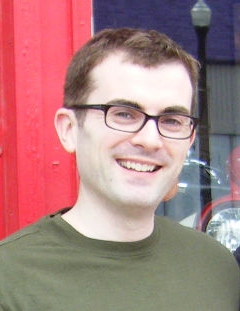 Joe has worked in the SQL Server space since 1997, and we first met him back in 2006 when he was a Premier Field Engineer at Microsoft and he was in one of the early SQL Server 2005 Microsoft Certified Master (MCM) rotations – which he passed! He then went on to get the SQL 2008 MCM certification and finally took over responsibility for the whole SQL Server MCM program within Microsoft from 2009 to 2011.

It was while Joe was running the SQL MCM program that we got to know Joe really well and gain an appreciation for his extensive SQL Server knowledge and enterprise consulting expertise, as well as his passion for developing content and helping people learn – whether as a consultant or as a teacher.

In fact we respect Joe so much that recently we asked if he’d like to get back into the wild and varied consulting life by leaving Microsoft to join us. We feel honored that he agreed. He brings a wealth of performance troubleshooting, development, scalability and architecture expertise to the team and maintains the high bar we have of all team members either having MCM certification or being MCM instructors (or both!).

With our increased full-time consulting team we’re now able to meet the burgeoning demand for our services, including our new Remote DBA Service that we announced earlier this week. Joe will be blogging on SQLskills.com and hanging out on Twitter (@JosephSack) and in the community with the rest of us.

As you can tell, we’re very excited to have Joe join our team!