There are so many exciting things going on this year and it’s just getting started! If I’m being honest, I haven’t been as excited for a new release of SQL Server for a long time. Don’t get me wrong – I love new features and I love fixes but I’m also a firm believer in “if it ain’t broke and the features aren’t critical, there’s no rush to upgrade.” And, even though I’m excited about SQL 2016, that’s not going to prevent migration testing and a solid QA pass before upgrading. But, IMO, SQL Server 2016 is a game changer for table design and indexing. I still need to work with it a bit more and I still believe that the BEST large-table architecture isn’t super simple. But, I truly feel that the table design combinations available with SQL Server 2016 (in terms of partitioning [with BOTH partitioned tables AND partitioned views] and indexing) are EXACTLY what you need for high performance hybrid (OLTP+ DSS) implementations. So, this makes me really excited for the upcoming release. I know that most of y 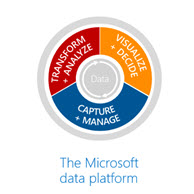 ou aren’t going to jump ship immediately but you should start learning as much as you can – NOW.

So, since SQL Server 2016 is getting ready to release – check out some of the Microsoft resources that are available already:

Also, if you’re looking for really technical posts from PSS – they just blogged about 2016 with a post titled: SQL 2016 – It Just Runs Faster Announcement. Watch them as that post announces a new techie series on 2016 starting with that post!

And, if that’s not enough to get you excited… Richard Campbell of DotNetRocks and RunAsRadio has been recording some DEVintersection / SQLintersection “countdown” sessions on Channel 9 and a few are already available: 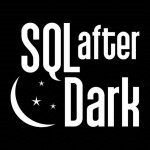 I recorded one with Richard yesterday and that’s what’s got me thinking about everything that’s starting to come together for 2016. And, we’re also starting to put together our trivia questions and our SQL questions for our SQLafterDark evening event… this is one of our favorite events at SQLintersection. Yes, the tech content is absolutely top-notch and the speakers are all technical folks that work in the trenches day after day so they’re presenting what they know works; and they can also present well as they’re seasoned speakers. However, an evening event where you kick-back, have a few beers with speakers and peers, and play a goofy (but also interesting and fun) trivia game… who can beat that! Our event is a place where you can really get to intersect with other attendees and speakers and get your tough questions answered! Also, remember to use the discount code ‘SQLskills’ (without quotes) to save $50 on your registration.

So, lots going on and things are really shaping up to be an amazing year. Are you excited about the new release?

Thanks for reading,
Kimberly

Posted in: Conferences, SQL Server 2016, SQLafterDark, SQLintersection
Be the first to Reply!