I went back-and-forth over the last few days about which book to nominate as my favorite, and I just couldn’t come to a decision, so just like in most years, I give you my favorite 3 books: Code: The Hidden Language of Computer Hardware and Software by Charles Pretzold, Gardens of the Moon: A Tale of the Malazan Book of the Fallen by Steven Erickson, and The Departure: The Owner: Book One by Neal Asher. All three are superb books (with the last two being the start of series) and I strongly recommend you give them a try. You can read my review of them in the top-10 list below. 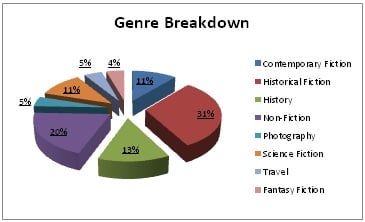 The average book length was 429 pages, slightly longer than last year but shorter than previous years. That’s because I again read a lot of series books where each isn’t hugely long.

I read a lot of excellent books this year but because I only read 45, I was able to whittle them down to a top-10, unlike previous years. If you don’t read much, at least consider looking at some of these in 2017. It’s impossible to put them into a priority order so I’ve listed them in the order I read them, along with the short Facebook review I wrote at the time. 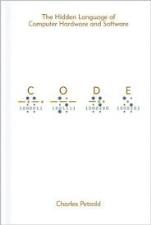 #2; Code: The Hidden Language of Computer Hardware and Software; Charles Petzold; 396pp; Nonfiction; January 14; (This book is really excellent! It’s a very cleverly written introduction and exploration of how computers work at the logic level, and takes the reader from the basics of electricity and binary to the intricacies of memory busses, CPUs, and assembly language. I quickly skimmed the first hundred or so pages until I got to the part about building counters from relays and it started to refresh my memory with things I’d learned back in 1990 when I did my B. Eng (Hons) degree in computer science and electronics in Edinburgh.I read this book as a way to kick start getting back into computer design as I want to build a CPU and computer system out of TTL logic (one of my many, many ‘spare time’ goals). First though, when I get home I’m going to build some logic circuits out of relays – just for the fun of hearing all the little clicks as the relays change state :-)! I highly recommend this book for anyone who wants to know a bit more about how computers work.)

#12; The Information: A History, A Theory, A Flood; James Gleick; 544pp; Nonfiction; February 12; (This is an excellent history of the methods of dissemination of information (think printing press, visual telegraph, morse code), and on the creation and development of the various facets of information theory, including quantum computation and genetics. Dense, but very interesting, and highly recommended.)

#13; Gardens of the Moon: A Tale of the Malazan Book of the Fallen; Steven Erikson; 752pp; Fantasy Fiction; March 2; (This is the start of a 10-volume, fantasy epic. I picked up the first few to try out and have been enjoying it since I started the first one on the flights home from diving earlier this month. The story is very involved, with magic, immortals, empires, and lots of intrigue and the book throws you right in from page one. All the books are 700-1000+ pages, so a real treat to read. Highly recommended!)

#20; SPQR: A History of Ancient Rome; Mary Beard; 606pp; History; May 14; (This is an excellent book for history buffs and anyone interested in ancient Rome. She adroitly covers how Rome developed over its first 1,000 years, clashes between prominent Romans, the rise of the Emperors, the development of political democracy and on into a dictatorial empire, how they treated slaves and women, and much more. I found it hugely readable and not dry in the least, and it’s inspired me to read a bunch of books on Rome and the Romans that I’ve had for a while. Highly recommended!)

#22; World Order; Henry Kissinger; 432pp; Nonfiction; June 3; (Kissinger’s excellent disquisition is part history, part survey, and part explanation and I found it immensely interesting. He examines in great detail the Westphalian order (named after the 1648 Treaty of Westphalia that ended the devastating Thirty Years War), where there’s a balance of power between states, and the problems that arise when the balance is disrupted (e.g. both World Wars), along with sections on Europe, Islamism and the Middle East, and Asia and China. Almost 1/3 of the book is dedicated to the history of major U.S. foreign policy since WWI, and all the wars we’ve fought since then to try to maintain order and/or defend a people being wrongly subjugated. He ends with an analysis of how technologies are affecting world order, and a call to action for future policy changes to maintain it. This is the first book of Kissinger’s that I’ve read, and his powerful intellect and clarity of thought are obvious throughout; I have many of his other works and I’m looking forward to reading them too. Hugely recommended!)

#23; The End of Alchemy: Money;  Banking;  and the Future of the Global Economy; Mervyn King; 447pp; Nonfiction; June 7; (King was the Governor of the Bank of England from 2003 to 2013, so had a ringside seat of the financial crisis in 2008-9. Rather than being self-aggrandizing or trying to deflect blame, he dispassionately analyzes what he believes led to the crisis: an unwillingness to look beyond liquidity problems to solvency problems, coupled with the alchemy of creating supposed liquid assets (e.g. derivatives based on slices of mortgage loans) from illiquid assets (e.g. sub-prime mortgages). He also explains why the world economy is still in disequilibrium rather than rebounding and presents some interesting ideas for how to change; basically a major reform of the banking sector, including how central banks respond to monetary crises. Unfortunately, it’ll require a multi-country effort to fix the financial problems the world faces – which at present seems unlikely to happen. Along the way King explains a lot about macro- and micro-economic theory and the history of finance over the last 100 years, which in itself makes for a fascinating read. Highly recommended!) 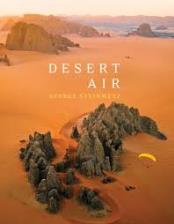 #28; Desert Air; George Steinmetz; 380pp; Photography; July 11; (Steinmetz is an aerial photographer who specializes in deserts and this book is a visually stunning collection of photography of major deserts and features in them from across the world. Other books of his I’ve read are African Air and Empty Quarter: A Photographic Journey to the Heart of the Arabian Desert, and I highly recommended all of them.) 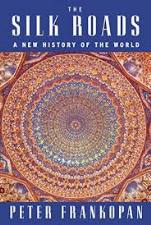 #31; The Silk Roads: A New History of the World; Peter Frankopan; 645pp; History; August 11; (This is a very interesting book tracing the varied history of the countries along the Silk Road, including empires, explorers, and religions that affected the various routes. A lot of what’s in the book I already knew, but having it all presented in one volume in a chronological sequence was excellent. The last 100 pages or so detailed the quite despicable British and American machinations around the countries in the Middle East for their own (mostly oil-related) gains, to the huge detriment of the native populations, which I felt quite ashamed to read about, being of both nationalities. Highly recommended for history fans!)

#36; The Departure: The Owner: Book One; Neal Asher; 412pp; Science Fiction; September 29; (Asher is one of my favorite sci-fi authors and most of his novels are set in his Polity universe. This is the first in a trilogy, set on Earth a hundred years or so in the future, where there’s a single brutal government, and the colony on Mars that’s just been abandoned by Earth. The protagonist wakes up inside a sealed box on a conveyor belt leading to an incinerator and has to figure out his previous life and then start working on revenge. Lots of action, cool machines and robots, futuristic technology and all very fast paced. I can’t wait to read the next two – highly recommended!)

#40; Trainspotting; Irvine Welsh; 348pp; Contemporary Fiction; November 21; (This is one of my all-time favorite movies and Kimberly bought me a leather-bound, signed edition of the book for my birthday in July, so I decided to read it again. It jumps straight in to the lives of a handful of degenerate heroin addicts living in Edinburgh (see the prequel book Skagboys for the back-story). It’s a fantastic book, but not for the faint-hearted at all – it’s written in colloquial Scots, littered with four-letter words, and will likely be hard going for most people reading it. However, if you can stomach it, it’s well worth reading for insight into the Edinburgh drug culture of the 1980s and 1990s.)