I went back-and-forth over the last few days about which book to nominate as my favorite, and I just couldn’t come to a decision, so just like in most years, I give you my favorite 3 books: The North Water by Ian McGuire, I Contain Multitudes: The Microbes Within Us and a Grander View of Life by Ed Yong, and Remarkable Books: The World’s Most Beautiful and Historic Works by DK. All three are superb books and I strongly recommend you give them a try. You can read my review of them in the top-10 list below.

The average book length was 430 pages, almost exactly the same as last year (429) but shorter than previous years. That’s because I again read a lot of series books where each isn’t hugely long.

I read a lot more nonfiction than in previous years, which is shown by 8 of my top-13 below being nonfiction books.

I read a lot of excellent books this year and I thought as I only read 48 that I’d be able to whittle them down to a top-10, but I couldn’t, so here is my top 13. If you don’t read much, at least consider looking at some of these in 2017. It’s impossible to put them into a priority order so I’ve listed them in the order I read them, along with the short Facebook review I wrote at the time.

#3; The Bone Tree; Greg Iles; 816pp; Fiction; January 10; (This is the follow-on from the fantastic Natchez Burning, which was my favorite book of 2014, and you really need to read that before this one, as this one continues the story from the next day. This book starts to pull the characters into the Kennedy assassination investigations and links to the extreme racist murders from the 1960s. It’s hard to say more without giving away some of the plot and twists. The writing is excellent, with great dialog, and the book is a real page-turner. The story isn’t complete though – that’s coming in March in Iles’ conclusion to the trilogy: Mississippi Blood. Highly recommended!) 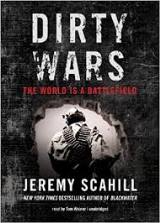 #10; Dirty Wars: The World Is a Battlefield; Jeremy Scahill; 681pp; Nonfiction; April 21; (This is an extremely interesting book that investigates the ongoing, autonomous U.S. military operations around the world that have been undertaken as part of the war on terror. It exposes the extrajudicial capture/torture/kill program that was created in secret by the Bush administration (and continued and greatly enhanced by the Obama administration), and operated by the CIA and various Special Forces under the JSOC umbrella in Yemen, Iraq, Pakistan, Afghanistan, and Somalia. It uses the case of Anwar Awlaki as the center-point of the narrative. He was a U.S. citizen of Yemeni descent, who became an Islamic teacher and, after fleeing the U.S., went on to become an outspoken proponent of violent jihad against the West. He was linked to AQAP and wrote for their Inspire newsletter. I actually downloaded one of the newsletters to read – quite disturbing stuff. It’s a huge book that’s full of factual information without engaging in partisan criticism. Scahill raises some excellent questions about the morality and constitutional legality of such a program, especially when it targets U.S. citizens for death. Whether you agree with such programs or not, the book is well worth reading. Highly recommended!)

#14; The Revenge of Analog: Real Things and Why They Matter; David Sax; 304pp; Nonfiction; July 11; (What a great book! As a confirmed Luddite, I was really looking forward to the various parts of the book. It covers the resurgence of vinyl records, paper and magazines (check out Stack and Delayed Gratification, both of which I subscribed too), photo film, board games, books, bricks-and-mortar retail, and analog ideas around work, education, and online companies. It’s quite clear that going all digital isn’t what people want. Very interesting, not written in a preachy or manifesto way, and highly recommended!)

#18; Fast Food Nation: The Dark Side of the All-American Meal; Eric Schlosser; 362pp; Nonfiction; August 25; (Schlosser’s book is a searing expose of the business practices behind the American fast food industry, focusing on McDonald’s and the giant beef processing companies that supply it. Although written in 2001, the industry is still much the same today (not including those chains that create and cook their food fresh every day). The most shocking thing is really how the industry has pressured the government into reducing and/or removing safety and health inspections from the beef supply chain. Once you read about the meat processing facilities, I’ll be surprised if you ever eat a frozen beef patty again. This is definitely not a go-vegetarian rant, but a level-headed, fact-based examination of how fast food is sourced, processed, and prepared. Highly recommended. (And I also strongly recommend Schlosser’s Command and Control that I read a few years ago.))

#22; What the Dog Saw: And Other Adventures; Malcolm Gladwell; 448pp; Nonfiction; September 3; (I really enjoy Gladwell’s books (e.g. The Tipping Point, Blink, Outliers) and this one was just as good. Rather than being a book that focuses on a single topic about how to understand ourselves and the world, this is a collection of some of Gladwell’s best long articles for The New Yorker along the same lines. It covers 19 topics, all of which are extremely interesting and thought provoking. Highly recommended! (and all his other books too!))

#23; Crystal Fire: The Invention of the Transistor and the Birth of the Information Age; Riordan and Hoddeson; 368pp; History; September 3; (This book recounts the history of the development of the transistor, from the beginnings of solid-state physics in the late 1800s and early 1900s through to the invention and fabrication of the first microchips in the early 1960s. It’s also something of a biography of William Shockley, who was arguably the central character in the transistor’s creation, along with John Bardeen and Walter Brattain, fellow Bell Labs employees and co-winners of the 1956 Nobel Prize for Physics. Hugely interesting and very readable – highly recommended!)

#27; Why Nations Fail: The Origins of Power, Prosperity, and Poverty; Acemoglu and Robinson; 544pp; Nonfiction; September 9; (The book puts forth a theory that nations with inclusive economic and political institutions are much more likely to succeed than those with extractive institutions (extractive meaning that the populace is exploited by a small elite for their own gain, inclusive meaning that all citizens are treated equally and property rights are protected by law). It also explains why inclusive institutions developed in some parts of the world and not in others, with exploitative colonialism being a major historical impediment to inclusivity. Lots of interesting case studies and history – highly recommended!)

#30; The North Water; Ian McGuire; 272pp; Historical Fiction; September 26; (Excellent book! (So good I just picked up all McGuire’s other novels.) Set in the mid-1800s as the whaling industry is coming to an end. A ship sets off for the Greenland waters and many dark things happens. It reminds me of Melville’s Moby Dick, but a lot faster, and a lot more raw. Highly recommend and a possible candidate for my best book of the year!)

#31; I Contain Multitudes: The Microbes Within Us and a Grander View of Life; Ed Yong; 357pp; Nonfiction; October 1; (What an excellent book! Thanks to Buck Woody for the recommendation. The book explains all kinds of fascinating things about bacteria and our microbiomes, the history of their understanding by science, and how the quest to rid ourselves of them is futile, and in quite a few cases, actually harming people that live in developed nations. More interestingly, it also introduces many scientists who have identified beneficial bacteria and used them to help solve medical or environmental problems – e.g. preventing the dreaded Bd fungus killing a group of frogs, inoculating a group of mosquitoes with a bacteria that prevents them carrying dengue fever, and fecal-matter transplants to help sufferers of persistent C-diff infections – poo pill anyone? Hugely interesting, and written in an entertaining manner, this book is for anyone. Highly recommended!)

#36; Days Without End; Sebastian Barry; 272pp; Historical Fiction; October 13; (This is my time reading Barry’s work and won’t be the last (already bought 3 more of his books). The book follows a pair of Irish immigrants who join the US army in the mid-1800s, take part in brutally putting down Indians, and fight in the Civil War on the Union side. Very atmospheric and a page turner. Highly recommended!)

#44; The Little Paris Bookshop; Nina George; 416pp; Fiction; November 18; (I started this last week on the day Coco died as a distraction – what could be more uplifting for a bibliophile than a book about books and a bookshop? It’s a lovely book, about a bookseller who prescribes certain books to ease his customers’ pains. He loses love, takes his floating bookshop downriver, and finds it again. Gentle read and very relaxing. And did I mention it’s about books? Recommended.) 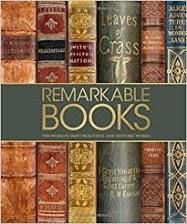 #47; Remarkable Books: The World’s Most Beautiful and Historic Works; DK; 256pp; Nonfiction; December 25; (Merry Christmas! Just finished book #47 this year. As you all know I’m seriously addicted to books and reading – a true bibliophile. I’ve been working through this wonderful book during December reading about a few books each day. Here’s the Amazon blurb about it that describes is better than I can:<begin> A beautifully illustrated guide to more than 75 of the world’s most celebrated rare and seminal books and handwritten manuscripts ever produced with discussions of their purpose features and creators. From ancient masterpieces such as The Art of War written on the leaves of bamboo to the stunningly illustrated Birds of America to Chairman Mao’s Little Red Book Remarkable Books delves into the stories behind the most incredible tomes ever produced offering an insight into their wider social and cultural context and is chronologically ordered to demonstrate the synergies between the growth in human knowledge and the bookmaking process. Alongside breathtaking images of the books and manuscripts themselves close-up views draw out interesting features which are discussed in greater detail while biographies tell the lives of the people who produced them. This coffee table–worthy book is wrapped in a textured jacket with gold foil making it a great gift for those with an interest in literature and art and design. <end> I’m familiar with many of the books covered especially the illustrated manuscripts from the Middle Ages as those are of particular interest to me. It really is a fantastic book itself and I hugely recommend it!)