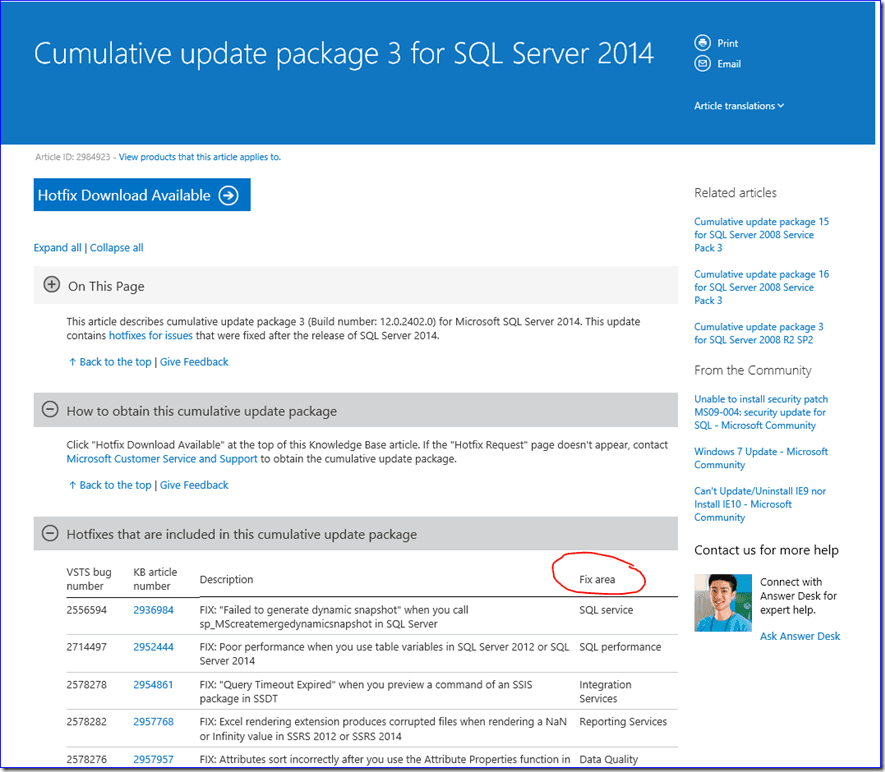 Microsoft has released (about a week early by my calendar) SQL Server 2014 RTM Cumulative Update 3, which is build 12.0.2402. It has 32 fixes in the public fix list. As always, I think that you should strongly consider applying this update to your SQL Server 2014 instances, after you have done your normal round of application testing.

Based on some of the public hints that Microsoft has made, they may be moving away from using Service Packs to service SQL Server in the future, so I think it makes even more sense to get yourself and your organization ready to consider applying Cumulative Updates in order to maintain your SQL Server instances. This means having some sort of formal testing process for your applications and a plan for how you go about patching your SQL Server machines to minimize your downtime and reduce your risk.