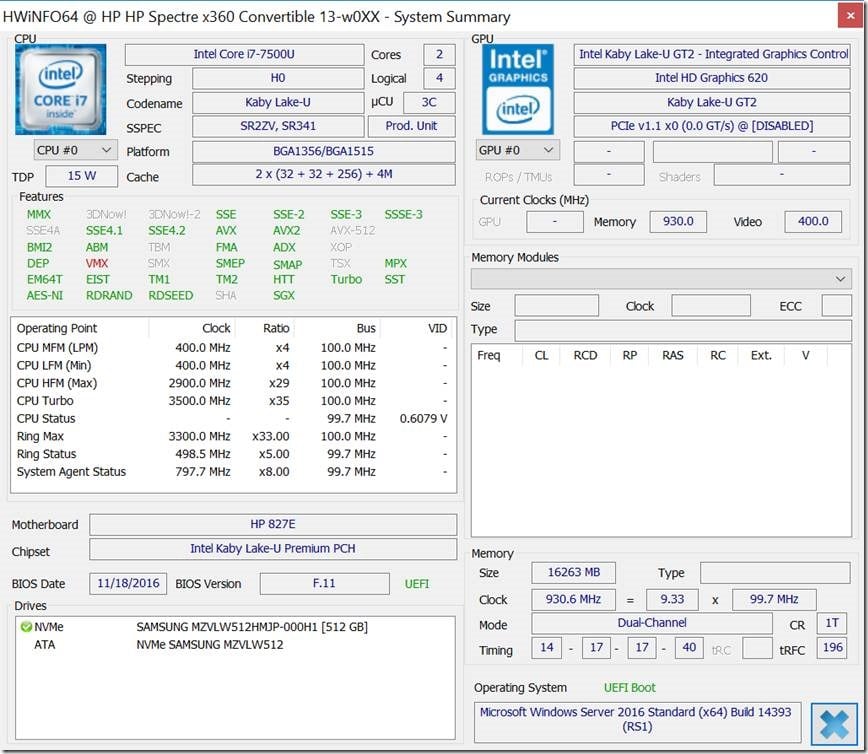 There has been quite a bit of leaked news and rumors about several future Intel processor families over the past couple of weeks, from what I consider to be pretty reliable sources. I’ll start out with the desktop and mobile processors and then move to the server processors.

Right now, it is a little unclear when the 14nm Intel Broadwell desktop processors will be released. These are a Tick release, built on the current Haswell microarchitecture, that was originally supposed to come out in late 2014. There were stories of early yield problems with the 14nm manufacturing process that caused Intel to delay the release in the desktop space. Low-power, mobile Broadwell processors have been available for several months now. The Core i7 Broadwell-U was released in Q1 of 2015, and these are typically used in high-end Ultrabooks, even through they only have two physical cores (plus hyperthreading).

My guess is that we might see higher power, mobile Broadwell-H and desktop Broadwell-S processors in the June-July 2015 timeframe. These will be compatible with the existing desktop LGA1150 socket and Z97 chipset motherboards that Haswell and Haswell Refresh processors used. The rumored models include the Core i7-5775C and Core i5-5675C. Personally, I plan on skipping Broadwell on the desktop, and waiting for Skylake.

Also in the mobile and desktop space (which is a useful preview of upcoming server processor families), there is news of the upcoming 14nm Skylake family being released in the August-September 2015 timeframe. Skylake is a Tock release (meaning a new microarchitecture) that will require a new LGA-1151 socket and a new Z170 chipset for enthusiast desktop machines. Supposedly, the unlocked enthusiast Skylake-S desktop processors (Core i7-6700K and Core i5-6600K) will be released sometime in August 2015. These are supposed to have at least 10% better performance than the current Haswell Refresh “Devil’s Canyon” processors in that same segment (Core i7-4790K and Core i5-4690K), even though the new processors will have lower power consumption and slightly lower clock speeds.

The mainstream Skylake-H for laptops is due for release in September of 2015, so if you are thinking about a new laptop, you might want to wait a few months. I definitely plan on building at least one Skylake-S desktop, pretty much as soon as they are available.

In the server processor space, there is a lot of recent new information. Back on May 5, 2015, Intel announced the Xeon E7 v3 family (Haswell-EX) that I talked about here. Next out of the gate will be the Xeon E5-4600 v3 family (Haswell-EP for four-socket servers), probably in Q4 2015, which I don’t think will be a good choice for SQL Server usage. This is because of the relatively poor scaling that I have seen in benchmark results for the earlier E5-4600 family processors. If you need to have a four-socket database server, a modern Xeon E7 v3 is a much better choice.

A more interesting introduction will be the 14nm Xeon E5-2600 v4 family (Broadwell-EP for two-socket servers), which will probably show up in Q1 or Q2 of 2016. This will be a Tick release, building on the Haswell microarchitecture that will have up to 22 physical cores and DDR4 2400 support. This processor should work in existing model servers such as the Dell PowerEdge R730.

Finally, in 2017, we should see a new 14nm Skylake server CPU that may merge the E5 and E7 lines into a single family, with up to 28 physical cores that will be part of the Purley platform which is detailed here and in Figure 1 below.

As these new processor families are released, with ever higher physical core counts, I really hope that Intel continues to have lower core count, “frequency-optimized” SKUs, with higher clock speeds and much lower SQL Server license costs.