If you have been thinking about buying/building a new desktop development/testing machine that has enough resources to run multiple concurrent large virtual machines or a large SQL Server workload, you might want to consider an AMD Ryzen Threadripper-based machine.

Unlike Intel, all of these Threadripper processor SKUs are going to be able to access all of the resources of the new AMD X399 chipset-based motherboards, such as eight DDR4 memory slots, multiple M.2 slots, and 64 PCIe 3.0 lanes (although four are reserved for the chipset).

These processors are also significantly less expensive than similar core count Intel Skylake-X HEDT processors. Their single-threaded performance is probably not as good as Intel, but the gap is not that large. Figures 1 and 2 have some more details. 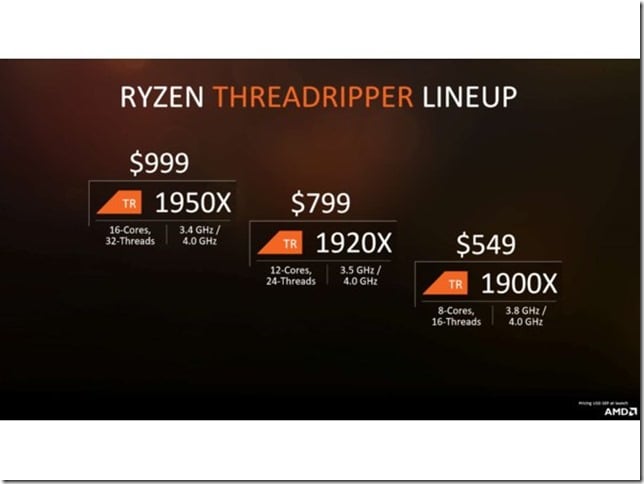 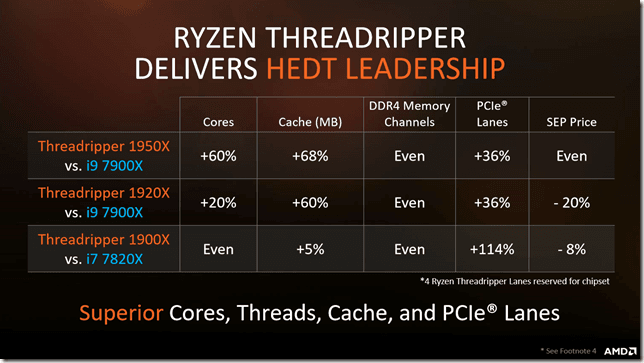 Many organizations are running older and possibly out of support versions of SQL Server, running on older versions of Windows Server, on old, slower, out of warranty hardware and storage.

Besides being out of support, these old versions of SQL Server are missing many very useful new features that can benefit your organization, and make your life as a DBA much easier. In my experience, you need to take the lead, and push your organization to start upgrading, making the business and technical case to justify the effort. I have done a lot of work and research to help you with this undertaking.

My latest Pluralsight course, SQL Server: Upgrading and Migrating to SQL Server 2016 has just been published. This is my eleventh course for Pluralsight, but the complete list of my courses is here. Speaking of Pluralsight courses, the team at SQLskills has 52 courses that we have developed and published. The complete list, along with guidance about what courses you should take depending on your interests and job role are here.

CPU-Z 1.80 was released on July 10, 2017. It adds support for the new Intel Skylake-X and Kabylake-X high-end desktop processors (HEDT). It also adds information about your preferred core(s) in the Clocks dialog on the About tab.

In case you are wondering what that means, some of the latest Intel processors have a new feature called Intel Turbo Boost Max Technology 3.0 that can automatically direct single-threaded workloads to the fastest core available on a processor. It requires a supported processor, BIOS support, and a special Intel driver, along with operating system support.

One processor that has this feature is the Intel Core i9-7900X processor. 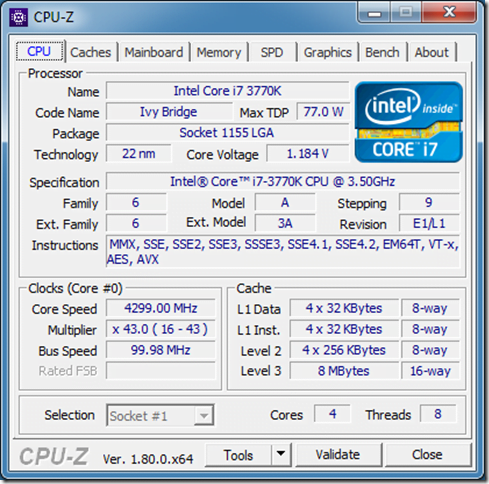 If you want to investigate whether you have this feature and what it is doing, you can click on the Clocks button on the About tab, and see the preferred core information for your processor. 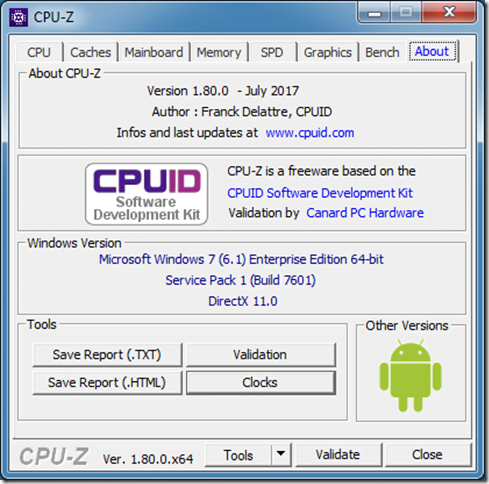 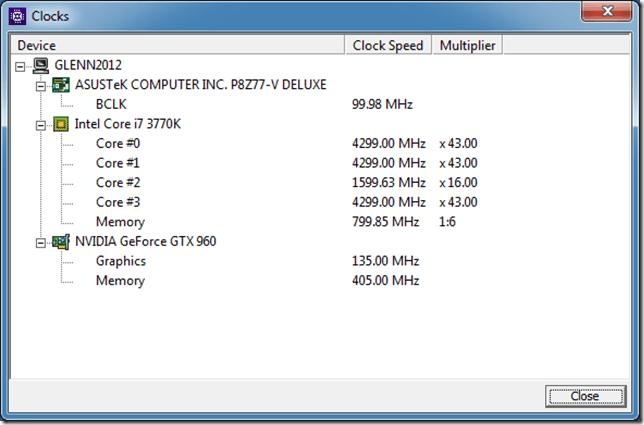 My old Core i7-3770K processor does NOT have this new feature!

Posted in: AMD, Benchmarks, Hardware, Intel
Be the first to Reply!
← Older posts